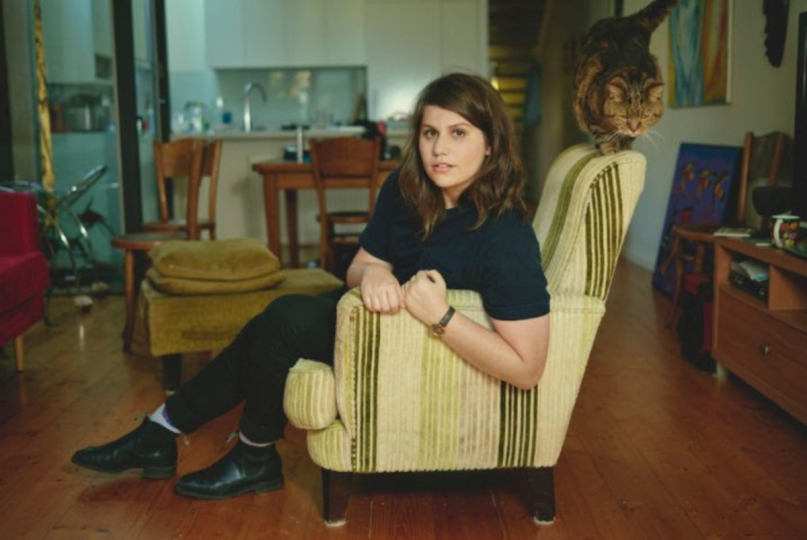 Australian indie rocker Alex Lahey has shared a new single called “Sucker for Punishment”, along with a handful of upcoming tour dates.

Marking Lahey’s first new music since the release of The Best of Luck Club last year, the new track is a solidly constructed rock tune, plowing through metallic guitar tones and pop-driven drums. There’s an urgency to the sound, one that rings as the lyrics push back with lackadaisical lines like “Hear the warnings but I’ll think about it later/ Take or leave it, yeah, cause nothing lasts forever.”

In a press statement, Lahey expressed her intentions with the song’s message, explaining,

“We’re living in an era we’re the micro has become the macro. I don’t think there has ever been a time where our actions and attitudes as individuals have had such an impact on broader humanity and the planet. Whether it’s a ‘think about it later’ attitude towards climate change, the undemocratic consequences of sharing personal data to big business online, a lethargicness in the face of political engagement or the need to be validated as a worthwhile individual through obtaining arbitrary units of engagement on social media –  we need to catch ourselves out before we suffer greater consequences.”

Lahey has also shared a string of new West Coast tour dates, kicking off on May 30th in San Diego, then wrapping up north in Seattle on June 9th. Keep an eye on tickets here.