Why We Need MTV Now More Than Ever 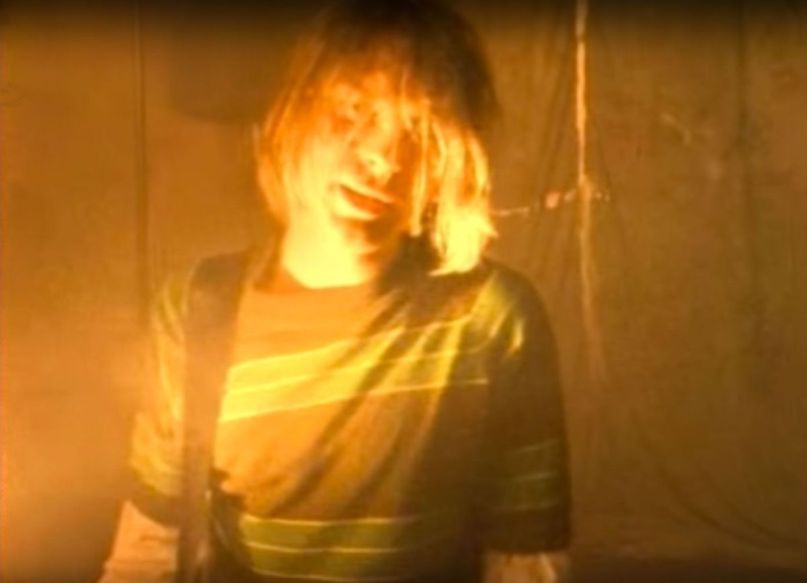 There was a time when MTV ruled our lives, when it dominated not just our viewing and listening habits and our conversations but our entire musical worlds. Countless acts broke with the help of the basic cable monolith, and for a lot of us, it was the dominant musical force that painted the numbers of our lives with colorful, chaotic brushstrokes.

Even the most die-hard fanatics of the underground can admit that we owe a lot to the famed “Music Television” because it gave the world many of the acts we couldn’t imagine our lives without. No matter how punk rock you are, MTV introduced us to many of the artists that define us, still. From Michael Jackson and Madonna to Nirvana, Limp Bizkit, and Pantera. From Tupac to N’Sync. Whatever your personal feelings are towards these artists, MTV opened a lot of doors for genres, and those toes in the water made us see subcultures with new, interested eyes.

When MTV was thriving, we didn’t have the Internet as we know it today. We didn’t have smartphones, either. That world-connecting tissue wasn’t there. Most kids weren’t lucky enough to grow up with a thriving underground scene and certainly couldn’t find out about the history of a genre through a few YouTube videos.

MTV’s 24/7 format allowed people to embrace a style of music thanks to what was being played and when. There was magic in catching a video in the middle of the night, falling in love with the song, and immediately hitting the local record store, giving yourself over to the clerk, begging for more of whatever “that” was.

Music has traditionally defined us. We make friends based on a shared love of records. A good party song can take us back to a magical night while a sad country song can make a quiet dive bar feel much lonelier. With the current situation today, we have a lot of (too many?) choices. But we’re short on those shared cultural experiences. Musical discovery waves aren’t happening like they once did; everything is a niche market.

It was fun to dog posers when Metallica would put out a new video or when Grunge took over culturally. This created conversation among strangers and was a far better talking point than whatever is happening on The Masked Singer. Like our politics, everything exists in an echo chamber; we’re not sharing a space to find things anymore. We link directly to a Spotify playlist and let it do the work. There’s no unexpected magic. It’s not rock and roll. It’s safe.

Which is why MTV, or some workable form of it, needs a comeback.

It’s nice to have everything at our fingertips. YouTube is at the ready, iTunes locked and loaded, but there are too many choices. MTV worked because Headbangers Ball, YO! MTV Raps, Alternative Nation, and 120 Minutes fostered a community.

Those shows worked on the simple premise of if you like this thing, let us show you these other things like it. There are blogs curated to tastes and algorithms that help us to discover similar artists, but the shared cultural experience of the music video, not knowing what would come next, the charisma of the host … all of those things played a role in the growth of the music. There’s value to that magic.

Yes, there’s an argument to be made about who was lucky enough to break through. Still, for every Pearl Jam, Nirvana, and Alice in Chains that skyrocketed to the top of the industry, artists like Tad, Meat Puppets, Mudhoney, and L7 got their chances to be in front of people, too. We could connect with bands holistically, even by proxy. So while not everyone received the same reception, there was at least a shot to be had.

Nothing like those shows exists today. We don’t have hosts. We have talking heads spouting off safe bullshit because they’re walking Pepsi ads selling pop music that sounds like a Pepsi commercial.

We’re spoiled with how much fantastic music is out there. If you have a favorite genre, someone is packing clubs and killing it. That’s also a part of the problem – some of these bands like JD McPherson, Patrick Sweeny, Rival Sons, Black Pumas, and countless others  deserve to be bigger than they are. JD McPherson alone should be a rival to The Black Keys, but just isn’t. Metal bands like Power Trip or Gatecreeper should be prominent; the same goes for countless artists in the punk, hardcore, and hip-hop genres.

There’s a ton of good underground hip-hop that isn’t whacked out on lean and covered with bad face tattoos. But for some reason, Soundcloud’s algorithm doesn’t find them, despite having the chops to transcend.

There’s no culturally dominant platform for people who love their genre to sit back and let the captain take the wheel. That’s why Headbangers Ball worked – metalheads are die-hard loyal to the genre. Even if you’re an old gray-hair who likes other music these days, you’ll always have a sweet spot for metal; the style demands that heart and soul, and those who love it, willingly give it over.

Headbangers Ball thrived on understanding that devotion. Your average metalhead might bitch and moan about thrash or black metal when they’re a strict death metalhead. However, they’ll still willingly check out whatever is suggested because the music is within their preferred genre. Because of that loyalty, they have an open mind to check out new stuff and get hip to new bands. The other specialized shows mentioned above did the same for fans of other genres.

I remember bands like Refused, At the Drive-In, and Blur having videos that blew me away. From “The New Noise” to “One Armed Scissor” and “Coffee and TV”, all of these songs randomly came on in the middle of the night in my early twenties and made me question everything about what I looked for out of rock and roll.

On the flip side to that, YO! MTV Raps felt like a party, a chance for rappers to come through, freestyle, and explain their worldview, something that radio shows like Sway and the Breakfast Club are doing across YouTube. And ironically, Sway was an MTV VJ back in the day. That DNA is most definitely omnipresent.

With all of the options for streaming, for specialized channels, could a music-driven version of MTV make a cultural comeback? Would the kids adopt it? Considering how hyper-fractured our cultural touchstones are, I think the idea of shared reality is quaint, but also possible and needed. If you’re reading this, you love music. So, why can’t we get together like weirdos, leave the TV on all night, talk over fast food, and wait for that one moment of pure rock and roll fury to surprise us.

It may seem primitive, but doesn’t that sound kinda wonderful?