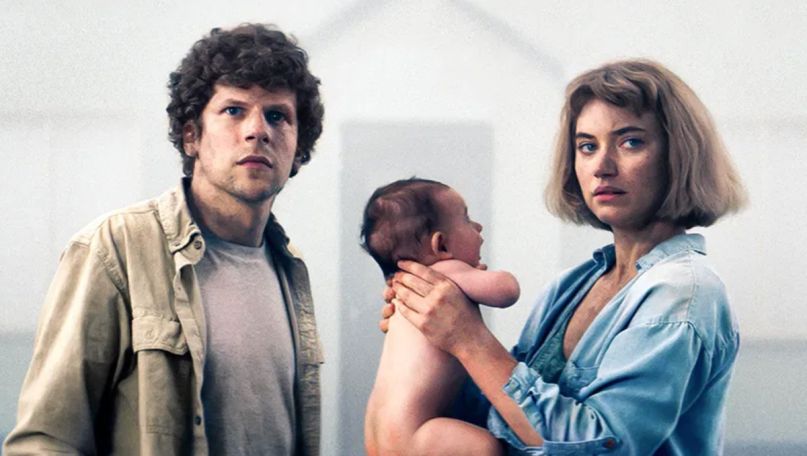 A year after it debuted at Cannes, we’re finally getting our first look at Vivarium. Directed by newcomer Lorcan Finnegan, the film’s first trailer has debuted via Saban Films.

Vivarium (which, for those too lazy to google, is an enclosure used for observational research on animals or plants) stars Jesse Eisenberg and Imogen Poots as a young couple in search of their starter home. They decide to check out a cookie-cutter development complex, the kind that defines suburban hell. Only they don’t realize how hellish it truly is until they discover they can’t leave. Their only chance for escape is to raise a mysterious young boy who ages at a disturbing rate.

The preview makes the film look stylish, unnerving, and oddly fun. Take a look below as we await a North American release date.