The pop singer makes an emotional return to the stage 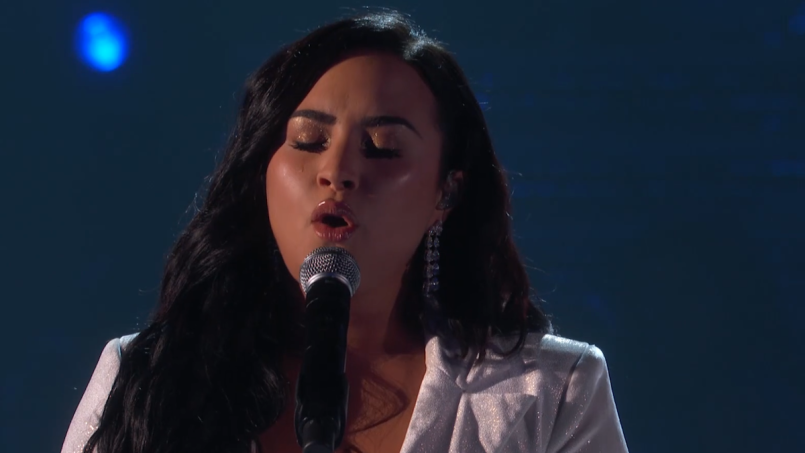 Demi Lovato at the Grammy Awards 2020

Demi Lovato made her live comeback at the Grammy Awards on Sunday. For her first performance in nearly two years, the pop singer debuted her new single “Anyone”.

The pop singer clearly felt the weight of returning to the stage with such an emotionally loaded song. “Anyone” was written and recorded just four days before Lovato suffered a drug overdose during the summer of 2018. Lovato had to be hospitalized, and she’s remained out of the spotlight — that is, until tonight.

Lovato had to restart the song after getting choked up on the first few notes, but powered through, tears visibly streaking down her face, for a stunning performance. Watch the replay below.

“I wish I could go back in time and help that version of myself,” Lovato said of “Anyone” in a recent interview with Apple Music’s Zane Lowe. “I listen back to these lyrics and I hear it as a cry for help.”

While receiving medical treatment, Lovato said she remembered, “If I ever come back, I want to sing this song.”

Update: Lovato has now shared the studio version of “Anyone”. Watch its accompanying lyric video below.

Following the Grammys, Lovato is next expected to perform the National Anthem at Super Bowl LIV on February 2nd.

Demi Lovato has to restart the song after getting too emotional😭😭😭#grammys2020 pic.twitter.com/vjtjLL3l3b

I can't express how much I love Demi Lovato #Grammys pic.twitter.com/LF8cYRrGvy