She also performed in a Fame tribute alongside John Legend, Gary Clark Jr., and Common 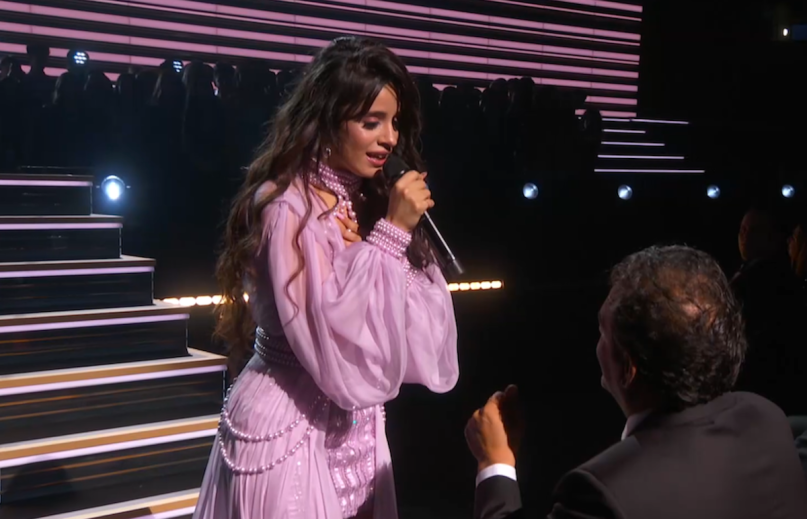 Camila Cabello is taking the stage for two performances at the 2020 Grammys.

The Cuban-American first offered up the tender “First Man”, from her latest album Romance. With only sparse piano keys backing her, Cabello made her way from the stage over to the crowd, where her father was seated. “You held me so tight/ Now someone else can/ But you were the first man that really loved me,” she sang to her dad, who was moved to tears.

Romance single “Señorita” featuring Shawn Mendes received a nomination for Best Pop Duo/Group Performance, but in the end lost to Lil Nas X’s “Old Town Road”. In continued support of her new album, Cabello has a series of tour dates coming up, and you can snag tickets here.

This was the cutest purest thing I’ve ever watched oh my god my heart Camila Cabello did THAT #GRAMMYs pic.twitter.com/vWg60GOfBG

#CamilaCabello brings her father to tears with her beautiful #GRAMMYs performance!! pic.twitter.com/o9lL8dl6Ou