Grammys 2020: Billie Eilish performs “when the party’s over”: Watch

Our 2018 Rookie of the Year makes her Grammys debut 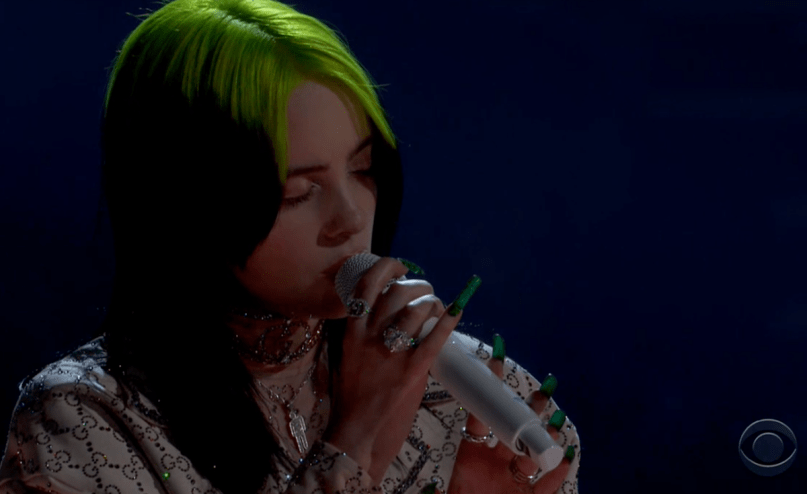 Billie Eilish at the Grammy Awards 2020

Billie Eilish entered Sunday night with six Grammy nominations under her belt, including for top categories like Album of the Year and Best New Artist. That momentum showed in the young pop icon’s gorgeous live performance.

For her Grammys debut, Eilish unfurled a delicate and lovely rendition of 2018’s “when the party’s over”. Her brother and collaborator Finneas (dressed in a matching bejeweled outfit) accompanied her on piano just a few feet away.

Eilish was the night’s big winner, sweeping the top four categories. When We All Fall Asleep, Where Do We Go? won Album of the Year, “Bad Guy” was crowned both Song of the Year and Record of the Year, and Eilish herself was named Best New Artist. In total, she won six Grammy Awards, as When We Fall Asleep… also won Best Pop Vocal Album and Best Engineered Album. Her brother, Finneas, was also honored with the Grammy for Producer of the Year.

It was recently announced that Eilish will be handling the next James Bond theme song, making her the youngest musician to ever have such an opportunity. She also just released a new music video for “everything i wanted”.

Our 2019 Artist of the Year will continue to support her debut album on the road, including at festivals like Mad Cool in Spain, Lollapalooza Paris, and Hangout Music Festival in Alabama. Grab your concert tickets here.