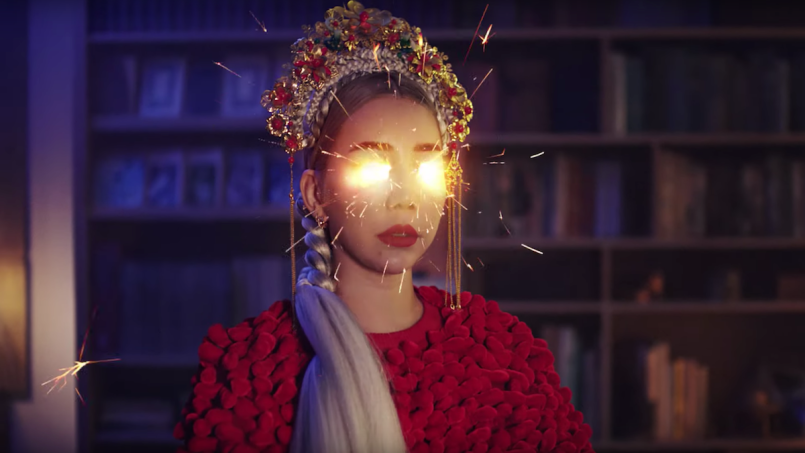 TOKiMONSTA has announced a new album called Oasis Nocturno. Due out March 20th through the producer’s own Young Art Records, the LP will be supported on a North American tour. Today, TOKiMONSTA is previewing the release with the lead single, “Fried for the Night”, featuring Atlanta hip-hop outfit EarthGang.

Oasis Nocturno is the sixth album from TOKiMONSTA and includes the previously released track “Love That Never”. Before this, her most recent full-length was 2017’s Lune Rouge.

TOKiMONSTA discussed “Fried for the Night” in a press release, saying, “Everyone has a moment where they feel fried and burnt, but what about those moments you feel fried and turnt? EarthGang brought their special magic to the studio and we made something other worldly. This song is dedicated to those psychedelic moments where our reality opens up a new point of view.”

“Fried for the Night” is certainly a reality-expanding track. On it, TOKiMONSTA creates an electropop trap beat that prioritizes space for former Artist of the Month EarthGang to rap above it all. In the song’s corresponding music video, TOKiMONSTA gets welcomed into the hip-hop duo’s party. A simple evening of smoking drugs and hanging with friends turns into a supremely trippy event where heads invert, flowers grow on everyone’s bodies, and fire shoots from TOKiMONSTA’s eyes. Watch it below.

As for the artist’s new tour, things launch in April at Coachella before continuing on in Austin, Atlanta, Brooklyn, Boston, Toronto, Chicago, and more. The tour goes on sale Friday, January 24th, and you can get tickets to all of TOKiMONSTA’s upcoming concerts here.