Blumhouse to adapt The Thing from long lost novel 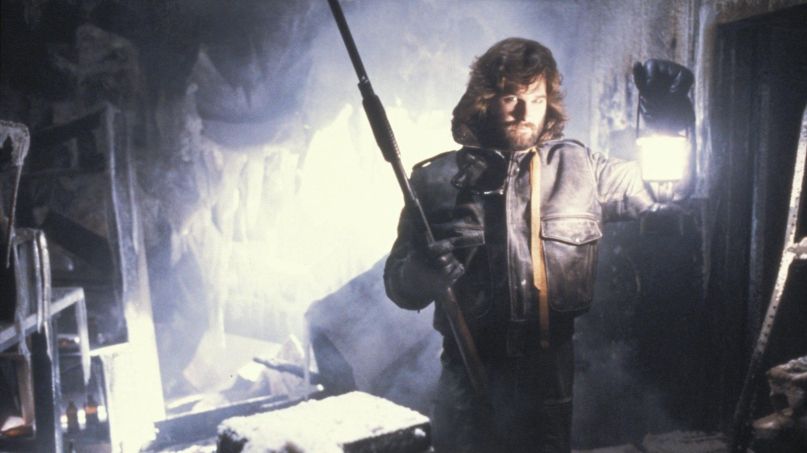 Blumhouse and Universal are heading down to Antartica. According to Bloody Disgusting, the two studios are currently developing another adaptation of John W. Campbell Jr.’s Who Goes There?, aka the source material for both Howard Hawks’ 1951 sci-fi classic The Thing from Another World and John Carpenter’s 1982 re-imagining The Thing. But, there’s a twist.

They’re not just going to be pulling from Who Goes There?, but from the recently unearthed and expanded version of the novella, Frozen Hell. In 2018, John Betancourt announced the discovery of the long unpublished novel, which reportedly includes a number of chapters that were removed for publication in the August 1938 issue of Astounding Science Fiction.

Producer Alan Donnes first broke the news this past Friday on his Facebook, writing, “It’s OFFICIAL! I received my signed contract and first check! I am Executive Producing a remake of THE THING but with additional chapters of John Campbell’s groundbreaking novel, Frozen Hell, that had been lost for decades. Now, for the first time ever, Campbell’s full vision will be realized on the big screen. The new film will include the very best of RKO’s THE THING FROM ANOTHER WORLD, John Carpenter’s classic THE THING and both books, Frozen Hell and Who Goes There?”

Betancourt then confirmed Universal and Blumhouse’s involvement to Bloody Disgusting, stating, “Everyone is super excited about it, and it’s being fast-tracked.” Given their commitment to the horror genre, and Blumhouse’s penchant for digging into the roots of any franchise (see: 2018’s Halloween), it’s no surprise that they’re just as excited to get this rolling as those involved.

Even so, one has to wonder what can truly be added into the mix. As we saw with 2011’s prequel/remake, it’s almost a fool’s errand to try and emulate what Carpenter managed to do all those decades ago. Between its iconic score, its eclectic cast ranging from Kurt Russell to Keith David to Wilford Brimely, and all those beautiful practical effects by Rob Bottin, the bar is staggeringly high.

Having said that, this writer would gladly grab his Northface best for another shapeshifting go-around in the Arctic, especially if Blumhouse can find a way to give Campbell’s tale a new modern twist. Considering the lack of trust in this world, particularly among us humans, there’s arguably never been a better time than now for the icy, claustrophobic tale.

So, why don’t we just wait here for a little while, see what happens? At the very least, you could revisit Carpenter’s classic below with The Horror Virgin podcast. Just bring the J&B.