The Lovebirds trailer places Issa Rae and Kumail Nanjiani at the scene of the crime: Watch

Michael Showalter's follow-up to The Big Sick is one wild, romantic murder mystery 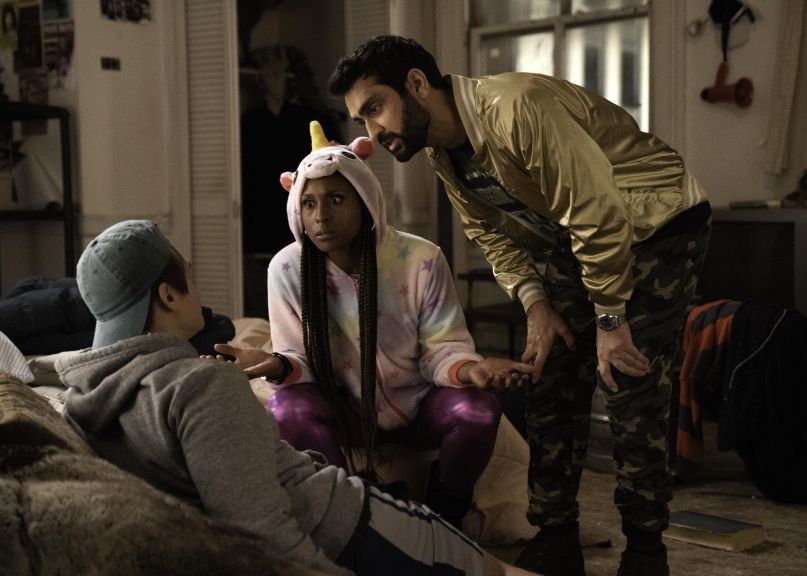 Kumail Nanjiani and Issa Rae are on the run in the first trailer for Michael Showalter’s The Lovebirds. The highly anticipated follow-up to 2017’s The Big Sick finds the filmmaker revisiting his more tongue-in-cheek comedic roots, particularly his time with Stella.

Written by Aaron Abrams, Brendan Gall, and Martin Gero, the film follows two lovers (on the verge of breaking up) embroiled in a murder mystery after their date is sabotaged in a bizarre twist. In order to survive the night, they’ll need to … find each other again.

Okay, so it’s a little cheesy, but Showalter can turn Limburger cheese into cheddar on the dime. And based on the trailer below, this looks less like a paper-thin sendup, and more like an action-y romp a la 2018’s Game Night. Remember that one?

The Lovebirds hits theaters on April 3rd via Paramount Pictures. However, as we reported yesterday, the comedy will make its worldwide debut at this year’s South by Southwest Film Festival. Stay tuned for an early review from Consequence of Sound.