The Karate Kid being adapted into musical by original screenwriter

Robert Mark Kamen hopes to bring the 1984 classic to Broadway 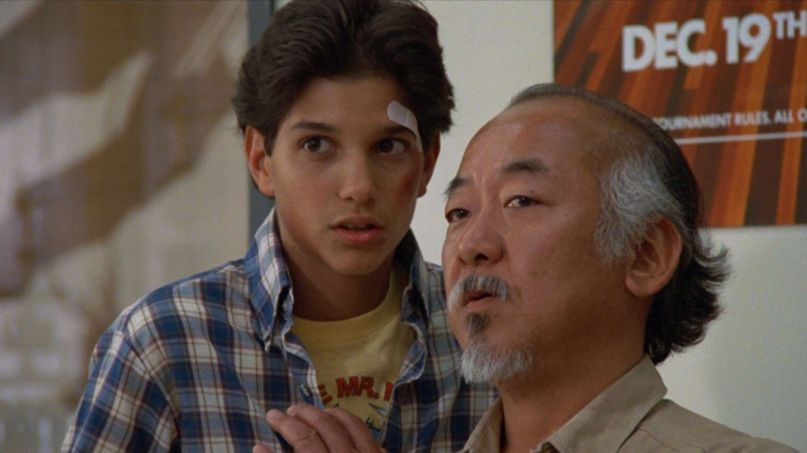 Wax on, wax off, sing fast, sing slow: The Karate Kid is possibly advancing to Broadway. According to Entertainment Weekly, original screenwriter Robert Mark Kamen is currently adapting the iconic 1984 classic into a musical.

“Five sequels and two television shows later, amazingly the characters and the story still resonates with audiences the way it did when the film first was released,” Kamen told EW. “Never in my wildest dreams did I think this little movie would reach across generations the way it has. And beyond my wildest dreams did I think what started out as a love letter to my devotion to Okinawan Karate and the man who taught me would become a full-blown Broadway musical. But here it is. Here I am. And here is hoping that what comes to the stage brings the same joy and relevance The Karate Kid has brought to countless kids and their parents for the past 35 years. Go figure.”

Kamen’s not alone in his journey. As he continues to write the book for the stage, he’s assembled one hell of a dojo: Night Shift writer Drew Gasparini will pen the music and lyrics; MTV VMA nominees Keone and Mari Madrid will handle choreography; Derek McLane will design the sets; Kumiko Yoshii will serve as producer; and Broadway’s first Japanese director Amon Miyamoto (Pacific Overtures) will direct.

“Many people love Broadway musicals for ‘escape,’ but I love them because they provide insight into how we should live our lives,” Miyamoto shared to EW. “I was inspired to do a stage adaptation of The Karate Kid because it tells a story we need in this on-going ‘Age of Division’ as our society becomes increasingly globalized. The sweet contradiction of The Karate Kid is that the real nature of karate is, as the show says, ‘not for attack.’ Not to hurt, not to win, but to let opposing energies play out and come in grace to a conclusion that allows dignity and respect for all. I’m excited to show this dynamic with a visual and movement style unseen on Broadway. I want to introduce a new generation to this powerful story — through the immediate, visceral spell a good musical can cast through theatricality, music, and dance.”

Casting and additional details will come later in the year. Again, nothing is set in stone, but seeing how Broadway has become a metropolis of IP these days, there’s no doubt that we’ll see Daniel-san sharing the marquee with, say, Mary Poppins or Legally Blonde.

In related news, the original story will continue this Spring when Cobra Kai returns for its third season on YouTube. If you recall, the second go-around ended in a very tumultuous fight that could change Johnny Lawrence forever. This writer can’t wait.

Revisit the trailer for the original below.