The latest preview of her upcoming debut solo album, Petals for Armor 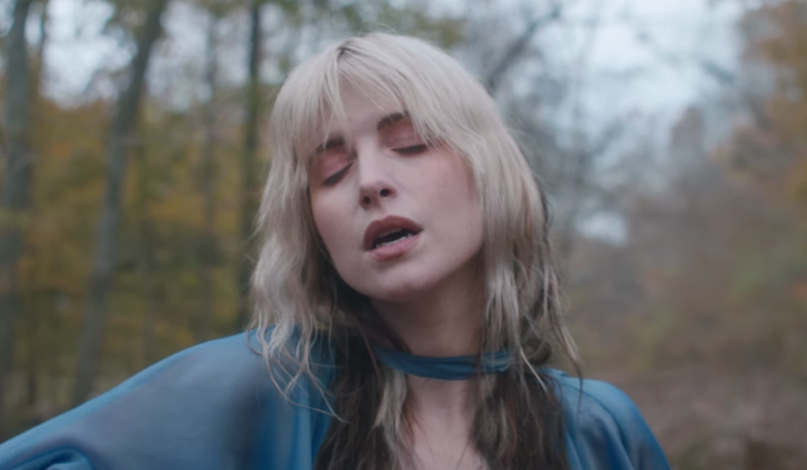 “Leave It Alone” is said to be “a song about grief” in relation to a special family member, according to Williams. The track comes with a music video by veteran director Warren Fu, who also worked on the “Simmer” visual, as well as others from Paramore, The Weeknd, and The Strokes. In the clip, Williams is seen emerging from a cocoon and walking through a desolate forest. Watch below.

In an interview with Apple Music’s Zane Lowe, Williams went into detail about the single’s backstory, saying,

“It really sucks that you do have to dig through the dirtiest shit to find like the diamonds or something, you know? Like you’ve got to burn all of it off. My family went through something insane in the middle of… I’m working. I’m doing all this work on childhood stuff and traumas and I’m terrified of losing people obviously. And my Nana, who was my mom’s mother had this terrible fall and it was right after, it was the day after… Her and I share a birthday. She’s 50 years older than me, so she’s 81 now. The day after her 80th, my 30th, she fell like all the way down my mom’s stairs and head trauma. Like the kind of thing that we had said goodbye to her. Right? And in a weird twisted… The weirdest thing is that she got better, but it prolonged the grief because she’s not really here with us. She doesn’t really remember everything. Thankfully she knows who I am, she knows who my mom is, but she really doesn’t. It was so tough and felt like there was a lot of death at the time. People that we knew, a lot of disease, like family friends and stuff. And I just thought like, what is the point of loving people? Like why? Even in the best case scenario is I fall in love, we have a life together and then we lose one or the other. It’s terrifying. The more you love, the more you stand to lose, but it’s like the more I let it… I mean, I struggle with it all the time.”

Petals for Armor officially hits shelves May 8th. The full-length follows Paramore’s After Laughter from 2017 — one of our favorite pop albums of the decade.