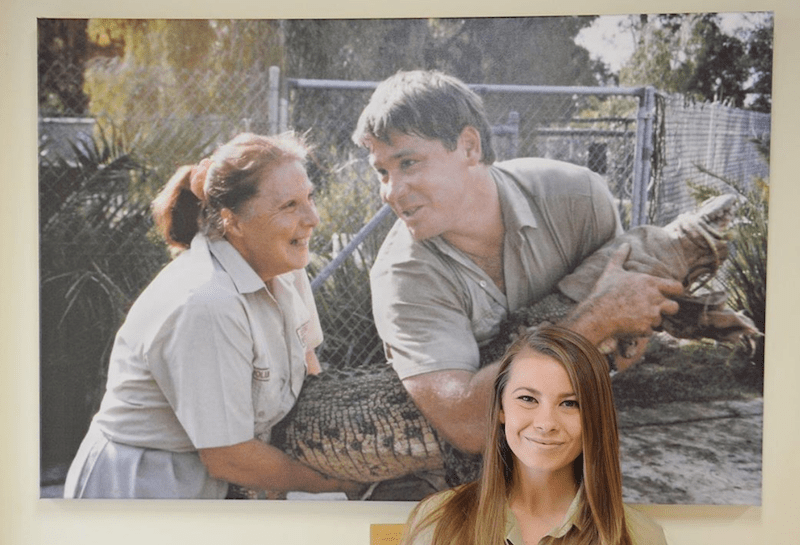 Australian wildlife expert Steve Irwin passed away in 2006, but his family is carrying on his good work. In an effort to protect the country’s wildlife, the Irwins have rescued more than 90,000 animals. Many of those saved come as Australia is being ravaged by historic wildfires.

The late Crocodile Hunter’s 21-year-old daughter Bindi Irwin and her family have been treating animals at the Australia Zoo Wildlife Hospital, which they own and operate. Through Instagram, Bindi’s brother Robert shared a picture of “Ollie”, a platypus that marked the Wildlife Hospital’s 90,000th patient.

Known for his environmental advocacy, Steve Irwin reached international fame in the early 2000s with the TV series The Crocodile Hunter, co-hosted with his wife Terri. In 2006, Irwin died after being stung by a stingray while snorkeling on Australia’s north coast. Since then, his family has continued to operate the Australia Zoo.

In her own post, Bindi shared a photo of herself in front of a picture of her father and grandmother, sharing that the family’s zoo and other conservation properties are out of the line of fire, but that “our Wildlife Hospital is busier than ever though.” She continued, “My parents dedicated our Australia Zoo Wildlife Hospital to my beautiful grandmother. We will continue to honour her by being Wildlife Warriors and saving as many lives as we can.”

There are many more animals to be saved, as it’s been estimated that more than 800 million animals have been impacted by the current bushfires in Australia, having possibly wiped out a third of the entire Koala population. As for the humans, the death toll has reached 24 people.

For ways to help the Irwins’ efforts, check out the Australia Zoo website.