Translating to "I Swear That", the impassioned Flamenco ballad is accompanied by a music video 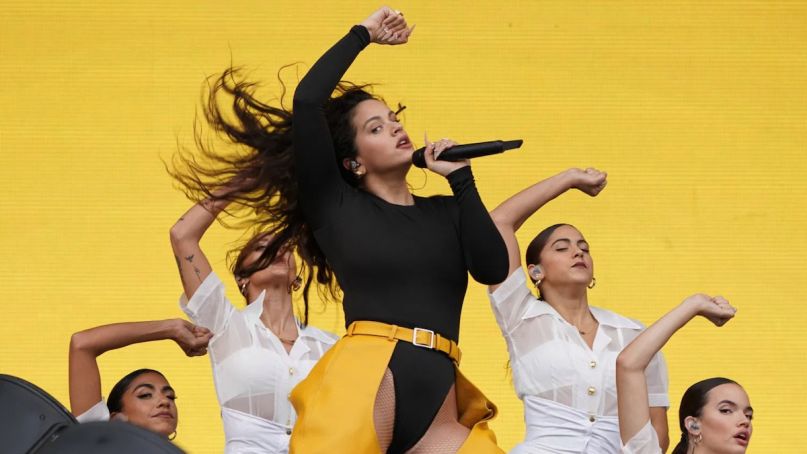 After an explosive 2019 that led to her becoming the first all-Spanish language artist ever nominated for a Best New Artist Grammy, we’d certainly understand if Rosalía wanted to take a breather and enjoy her moment. Instead, the Flamenco pop superstar continues to gift fans with new music. Following Gesaffelstein’s recent remix of her fall single “A Palé”, Rosalía has released a new song called “Juro Que”.

Roughly meaning “I Swear That”, “Juro Que” is an impassioned ballad about a lover ripped from Rosalía’s arms. “Le tenía abrazado en la cama cuando llegó la policía/ Ni un beso pude darle de despedida y eso me arde”, she sings, which translates to, “I had him in my arms in bed when the police arrived/ I couldn’t kiss him goodbye and that’s burning me.”

The single comes equipped with a music video from director Tanu Muino. Co-starring Omar Ayuso of Netflix’s Elite, the clip is a beautiful representation of the separation the song itself laments. Attempting to go through her daily life, Rosalía sits on one side of a two-way mirror while Ayuso is trapped in a gray cell on the other. Check out the clip below.

In addition to the Best New Artist Grammy, Rosalía is up for Best Latin Rock, Urban or Alternative Album for El Mal Querer. She’ll also perform during the ceremony, so stay tuned for our full Grammys 2020 coverage.