Get your Chilling Adventures of Sabrina makeup and GLOW belts, too 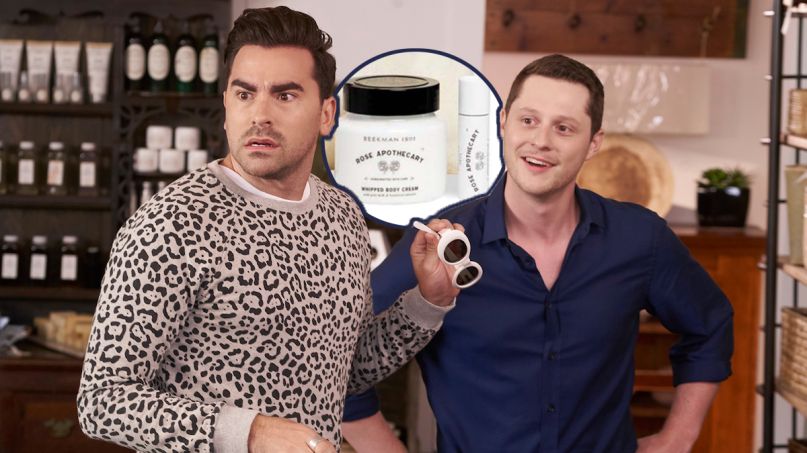 Ever wanted to walk into Rose Apothecary and sample some artisanal skincare products? Or maybe you’d rather dress like an ’80s lady wrestler, or perhaps do your makeup like a teenaged witch? Netflix is making all this possible with new merchandise lines based on their hit shows Schitt’s Creek, GLOW, and The Chilling Adventures of Sabrina.

First up is a line of bath products Dave and Patrick would be proud to stock at Rose Apothecary. Brent Ridge and Josh Kilmer-Purcell co-founded the farming lifestyle brand Beekman 1802 in Sharon Springs, New York, setting up shop in a quaint roadside storefront that looks like it could well be the set of Schitt’s Creek. Realizing their own lives shared similarities with those of the general store owners on the show, they actually reached out to Pop TV (the home US channel of Schitt’s Creek) to express their fandom. This led to a collaboration on the Rose Apothecary x Beekman 1802 capsule now on sale at the Schitt’s Creek pop-up shop in NYC.

Products include a whipped body cream, goat milk soap, tinted lip balm, and a hand-poured candle. Each item features Rose Apothecary branding, and you can even carry it home in a tote bag printed with the phrase “Simply the Best” (fans of the show can let out a good “aww” right about now).

Fans of Gorgeous Ladies of Wrestling will also be able to dress like the GLOW girls. The series’ Emmy-nominated costume designer, Beth Morgan, has launched Pattern Attack, a belt collection she plans to feature on Season 4 of the hit comedy-drama. The line will launch with a cast- and crew-attended party at Los Angeles’ Recess on Thursday, January 23rd.

In a statement, Morgan said,

“The fans of GLOW are always asking for sources to find amazing belts like the ones I use on the show. Everyone loves how it can elevate even a simple T-shirt and jeans. In the ’80s, belts were next level ornate and more of a powerful statement than just jewelry… I felt a need to return to creating pieces like this that were hand crafted, unique, timeless and exclusive.”

Finally, Netflix and NYX have partnered for a bewitching makeup collection in honor of Season 3 of The Chilling Adventures of Sabrina.  Available now, the line includes an eyeshadow and face palette housed in a Spellbook and a two-pack Soft Matte Lip Creams.

Check out images of all the products below. Schitt’s Creek’s sixth and final season is airing now on CBC in Canada and Pop; Netflix will get it later this year. Sabrina debuts this Friday, January 24th, while GLOW doesn’t yet have a release date.