He plans to keep on rockin' in the free world 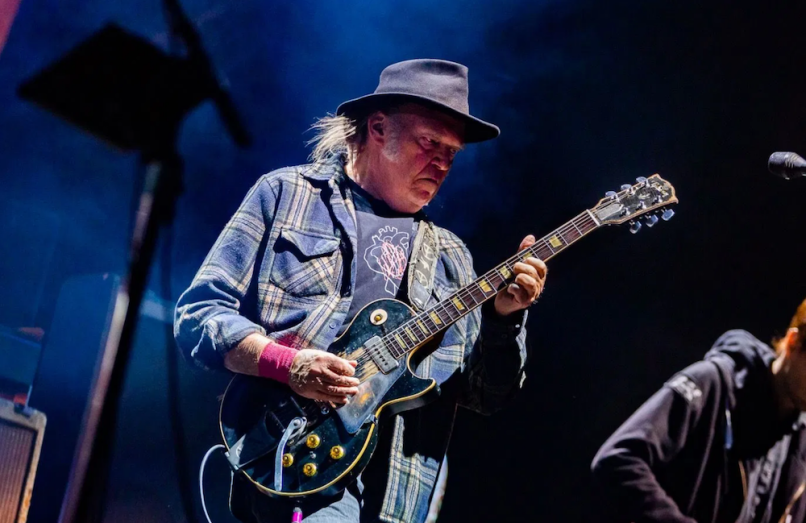 Neil Young is now officially an American citizen. The Canadian-born country rocker has been diligently trying to gain citizenship in the US so that he can vote against Donald Trump in the upcoming election. On Wednesday, his dream came true when his application was formally approved.

Young went through the Oath Ceremony at the Los Angeles Convention Center yesterday afternoon, reports TMZ. When exiting alongside his wife Daryl Hannah, the 73-year-old musician gripped his naturalization documents in one hand and waved a mini Americana flag in the other — which means he understands the joy of kitschy patriotism cliches already.

Being approved as an American citizen is a notoriously difficult thing to do. There’s tests, interviews, and oaths to be taken care of — and even when you’re educated, famous, fluent in English, pay US taxes, and live in the US for most of your life like Neil Young has been, you still run into way-too-conveniently timed roadblocks. Back in November, Young’s application process was delayed because his marijuana use indicated “a lack of good moral character” — a clause recently added under Trump’s staff.

It’s no secret that Young wants to vote Trump out of office in the upcoming 2020 election. His disapproval of the president and the conservative right-wing politics of the US are covered widely because he frequently calls them out, on everything from the forest fires to unfair laws. A few months ago, he quit Facebook because of its “obvious commitments” to right-wing politics.

Later this year, Neil Young plans to unveil the long-awaited unreleased album Homegrown. Though technically recorded back in the ’70s, it will follow his newest record Colorado, as well as the accompanying documentary about its making-of, Mountaintop. After that, additional gems will be unveiled. Young shared an extensive list of unreleased music and asked fans to pick the next archival release. A decision about such has yet to be announced.