Moira Rose (Schitt’s Creek) might be a crow in the trailer for The Crows Have Eyes 3: The Crowening: Watch 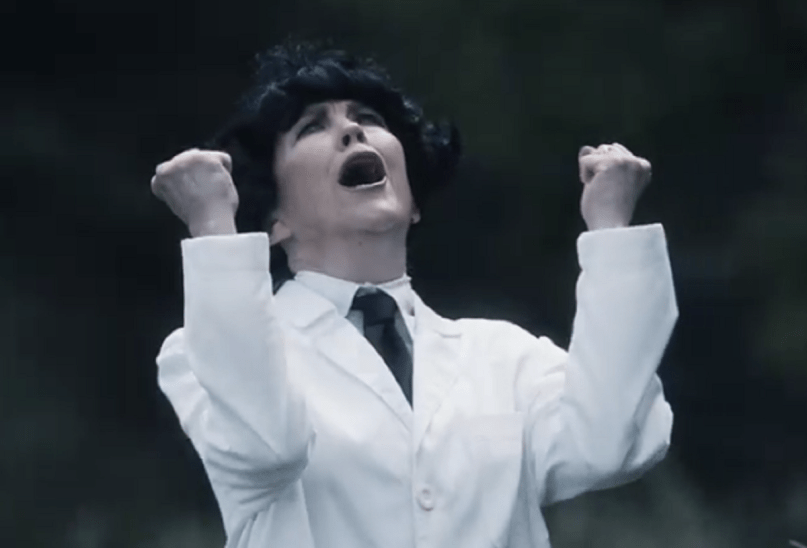 In The Crows Have Eyes 3: The Crowening, soap opera star Moira Rose plays Dr. Clara Mandrake, an ornithologist who just might be a mutant crow. It’s the apo-caw-lypse in this bonkers fake trailer that comes from the fictional world of Schitt’s Creek.

It’s well worth promoting. The movie-within-a-show allows comedy legend Catherine O’Hara to tackle a kind of Russian nesting doll of acting. O’Hara plays soap opera star Moira Rose playing Dr. Mandrake, and as O’Hara/Rose would have it, Dr. Mandrake never came across a hard “K” sound she couldn’t turn into a bird call.

“We best be returning to the lab, Nathaniel,” she says in the trailer. “It’s getting dar–caw! — dark.” And not because the sun is going down. “It’s the birds!” she wails, in a performance that could be described as, “Tommy Wiseau, but on purpose.”

Apart from her wacky vocal choices — and even wackier wig — the highlight of the trailer is the ominous narrator. “The crows have eyes,” he warns us, “and you better not look them in it.” Watch the full trailer below, and look for Moira Rose to see it herself in this week’s episode of Schitt’s Creek.