The track appears on the guitarist's new Ether EP 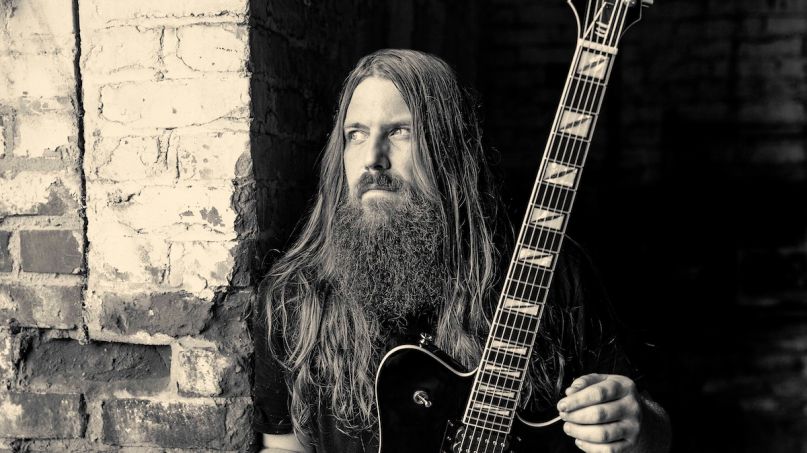 Lamb of God guitarist Mark Morton recently released his Ether EP, a follow-up to last year’s Anesthetic album. One of the tracks on the new EP is a cover of the Pearl Jam classic “Black” featuring singer Mark Morales, and Heavy Consequence has got the exclusive premiere of the video for the song.

The Ether EP features five tracks, including three originals and two covers. The songs are stripped down acoustic-based rock tunes, a far cry from the extreme metal that Morton plays in Lamb of God.

The cover of “Black” is a pure acoustic number, with Morales delivering a strong vocal over Morton’s guitar playing. Morales is best known as the singer of Sons of Texas, and also tours with Morton as part of the latter’s solo band.

“The early ‘90s were such an important and vibrant time for rock music in general, and I feel like ‘Black’ is one of the great songs from that era,” Morton tells us of the decision to cover the Pearl Jam track. “Our approach in covering it was to present a super stripped-down version, sticking to the essence of the song. It’s got a very lonely feel to it and Mark Morales delivered an absolutely incredible vocal performance.”

Along with the cover of “Black”, the Ether EP also contains a rendition of The Black Crowes’ “She Talks to Angels” featuring Halestorm’s Lzzy Hale on vocals. The EP, which came out via Rise Records on January 21st, can be ordered and streamed at various outlets.