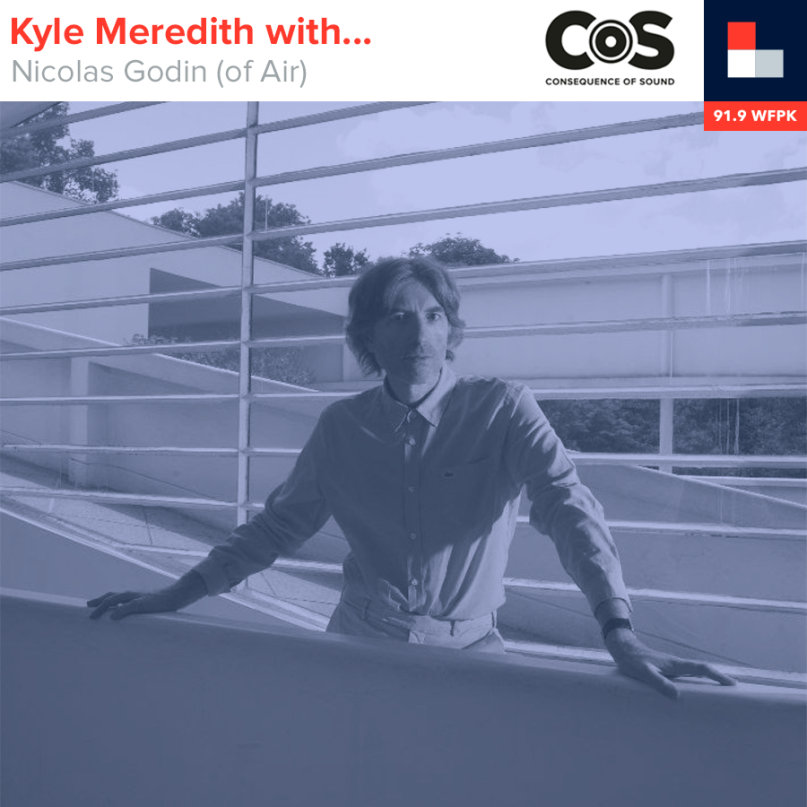 Air’s Nicola Godin gives Kyle Meredith a call to discuss his latest solo album, Concrete and Glass, a concept record that has roots in his love for architecture. Godin speaks about the larger topics in play, working alongside Hot Chip’s Alexis Taylor, and why we’ll have entire AI-made music on the charts within a year. The two also explore the current trend of minimalism in pop music, his love for sensuality within his own songs, his thoughts on the 20th anniversary of The Virgin Suicides soundtrack, and his hopes to one day provide music for a sci-fi movie.