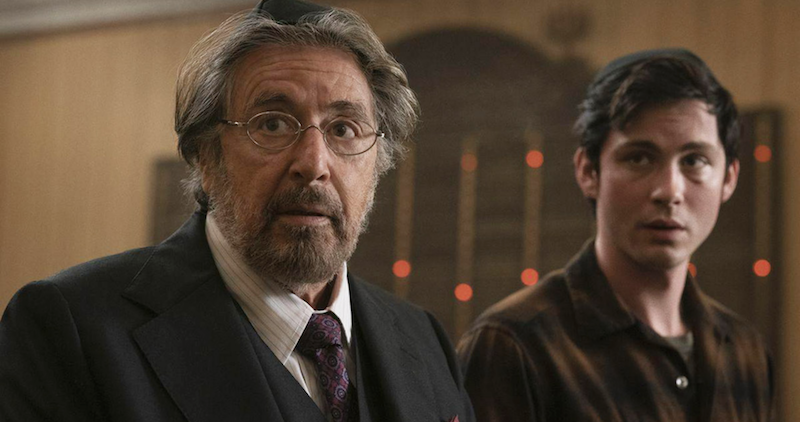 Grab your best Nazi-fighting weapon because the Jordan Peele-produced Amazon series Hunters finally has a proper release date of February 21st. There’s also a new trailer for the TV show, which can be watched below.

Created by David Weil, Hunters takes place during 1977 in a post-WWII New York City. It follows Al Pacino in his first series-regular role as he leads his apprentice, Logan Lerman, and other misfits, like Weil and Nikki Toscano, to take down former high-ranking Nazi officers as they attempt to form a Fourth Reich. Executive producing are Peele, Monkeypaw’s Win Rosenfeld, and Sonar’s Tom Lesinski and Jenna Santoianni.

While we got a good sense of Pacino’s role through the Hunters teaser, and a better look at the cast in the series’ first trailer from November, today’s new video sheds more light on what to expect. Pacino meets Lerman after his grandmother’s funeral following her murder. It turns out the two survived the same concentration camp. Naturally, Pacino gives the grieving kid some advice: revenge is the best medicine. According to Pacino, the US is riddled with Nazis and he’s assembled a team to kill them off: a lock-picker, a spy, a soldier, a master of disguise, and two weapons experts. Obviously, Lerman wants in. The whole thing is tastefully soundtrack by Talking Heads’ hit “Psycho Killer”.