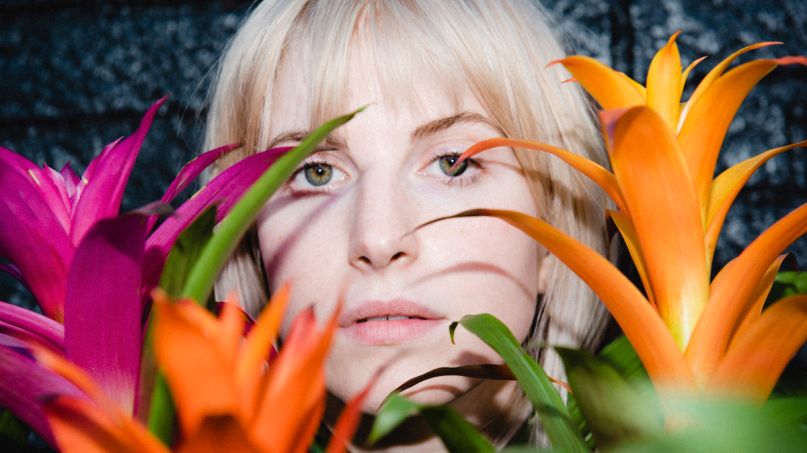 Since late last year, Paramore’s Hayley Williams has been teasing an upcoming solo project. Cryptic clues and guerrilla marketing — much fueled by the singer’s own social media accounts —  have slowly hinted at something called Petals for Armor. Today, the flower has fully unfolded, as Williams’ has announced her debut solo album and unveiled the lead single, “Simmer”.

Petals for Armor, it turns out, is the name of Williams’ forthcoming full-length, which is due out May 8th. While Williams has made clear that she’s “going to call [it] my own,” the album came together with the help of some familiar friends. Paramore guitarist Taylor York produced the effort, and he appears on “Simmer” alongside another member of the band, bassist Joey Howard.

Update – February 6th: Williams has shared the album cover for Petals for Armor, as shot by Lindsey Byrnes. Find it at the bottom of the post.

As Williams explained of the project in a press release,

“I’m so ready and so incredibly humbled to get to share this project. Making it was a scary, empowering experience. Some of my proudest moments as a lyricist happened while writing Petals for Armor. And I was able to get my hands a little dirtier than usual when it came to instrumentation. I’m in a band with my favorite musicians so I never really feel the need to step into a role as a player when it comes to Paramore records. This project, however, benefited from a little bit of musical naïveté and rawness and so I experimented quite a bit more. I made this with some of the closest people to me. Their respective talents really shine bright throughout the record. I like to think we all make each other better and the result is something that sounds and FEELS exactly as I’d hoped it would.”

“Simmer” demonstrates how that “feel” is quite different than the pop punk Paramore fans know and love. Taking a more alt-pop direction, the song does exactly as it title suggest, seething with a moody bassline and scurrying percussion. There’s a gritty restraint even to William’s vocal delivery (“Rage is a quiet thing/ You think that you’ve tamed it/ But it’s just lying in wait”), giving the single a mesmerizing sense of anxiety.

The song comes with a Warren Fu-directed music video, and as has been teased with various clips over the last few days, it has a pretty creepy vibe. Williams runs naked through the woods under a hazy moon, trying to escape an unseen but relentless force. She finally goes full Dutch from Predator to get the drop on her pursuer — only to discover a terrifying truth. Watch the clip below.

Petals for Armors follows Paramore’s 2017 LP After Laughter — one of our favorite pop albums of the decade. As for the future of that band, Williams told ET last summer that she didn’t “know what’s next for Paramore.” “I think we’re just really enjoying being friends and adult human beings at home by ourselves, without music,” she said at the time.