It's about time the DEA gets involved 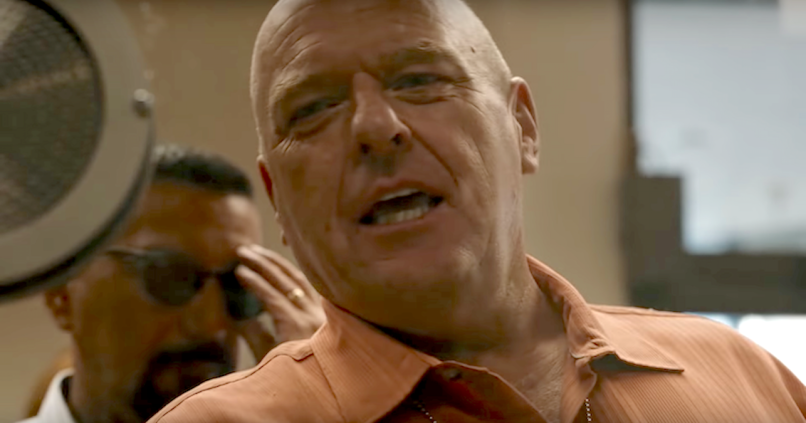 Grab your finest suit and get ready for court: the trailer for season 5 of Better Call Saul is here. The highly anticipated show returns next month for its fifth season, and AMC is giving us a closer look at what to expect, including the return of Breaking Bad fan favorite Hank Schrader.

Up until this point, all we knew about the fifth season of Better Call Saul is that the usual cast is on board: Saul Goodman (Bob Odenkirk), Kim Wexler (Rhea Seehorn), Mike Ehrmantraut (Jonathan Banks), and chicken emporium king Gus Fring (Giancarlo Esposito). Co-creators Peter Gould and Vince Gilligan also confirmed that Hank’s partner-in-crime, Steven Gomez, will appear beside him in this new season, too. With so many clever callbacks and turns in character development, it’s no wonder this new season of Better Call Saul is one of the most anticipated TV shows of 2020.

In the trailer, Saul can be seen sitting in court and he’s too lost in thought to hear what’s being discussed around him. No wonder; dude’s got a lot on his mind given his clientele. We see flashes of crime scenes, car rides down dusty roads, and a whole slew of cameos, including the moment when Hank (!) slaps his DEA badge against an investigation room window. But the biggest moment comes when a bunch of guys sneak up behind Mike and he twists (and maybe even breaks?) one of their arms. He keeps them in line with one simple, threatening word: “…So?”

Better Call Saul returns to AMC for Season 5 with a two-night premiere on February 23rd and 24th. Before it airs, refresh your brain by revisiting our Breaking Bad Week features, from a ranking of all the cold opens to the best schemes cooked up by Walt and Jesse.