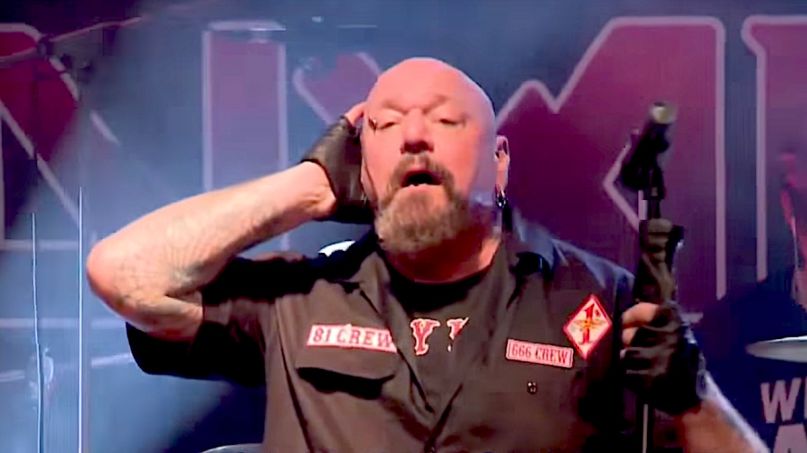 Former Iron Maiden vocalist Paul Di’Anno will perform his final show ever at this year’s Beermageddon Festival on August 30th in Bromsgrove, England. Calling themselves “the Ides of March”, his band will feature ex-Iron Maiden members Terry Wapram, Terry Rance, and Doug Sampson.

Di’Anno, who appeared on Maiden’s first two albums, has been dealing with serious health issues over the past few years, including two knee replacements operations from past motorcycle accidents. On the advice of his doctors, he’s retiring from live performance, but not before one colossal show alongside many of the legendary British band’s earliest members.

“It’s been a tough four years waiting to play again, ” Di’Anno said in a press release. “I hope to be standing for this show and I’m really looking forward to it. Standing up would be great — if not, Hell on wheels coming to ya!”

Added Wapram: “Really looking forward to working with these guys. Our paths have crossed many times, but we never played together. Should be a killer line-up and a very special night.”

Wapram played guitar for Maiden in 1977 — Di’Anno’s first year. Before Wapram, Rance held that duty from 1975 into 1976. Sampson was the third full-time drummer for the band from 1978 to 1980, but left due to health issues from excessive touring before they recorded their legendary self-titled debut.

Di’Anno joined Iron Maiden in 1977 and sang on their 1980 self-titled debut and 1981’s Killers before leaving the band on less than amicable terms. Di’Anno’s work includes some of the band’s finest tracks such as “Running Free” and “Remember Tomorrow”, but Di’Anno doesn’t receive royalties from Iron Maiden songs after being paid out at the time of his departure.

A biographical documentary about Di’Anno is in the works by director Wes Orshoski, who previously directed the Lemmy Kilmister documentary Lemmy. The Beermageddon set will be filmed for inclusion in the film.