Dave Grohl on Rush drummer Neil Peart: “The world lost a true giant in the history of rock & roll” 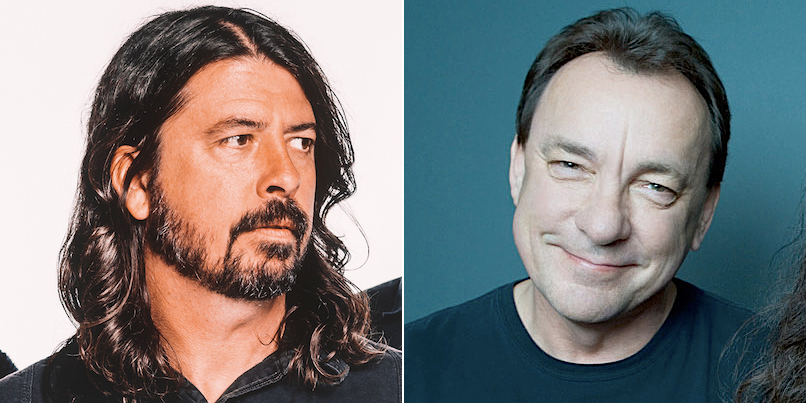 The tragic passing of Rush drummer Neil Peart has been met with heartfelt reactions from many musicians. One of his biggest fans is Foo Fighters frontman Dave Grohl, who has penned a profound tribute to the legendary stickman.

Grohl, of course, rose to fame as a drummer with Nirvana, and Peart had always been one of his biggest inspirations. In fact, Grohl and Foo Fighters drummer Taylor Hawkins had the honor of inducting Rush into the Rock & Roll Hall of Fame back in 2013. Heck, the Foos even dressed up as Rush to perform alongside the actual band at the ceremony.

Peart passed away on Tuesday (January 7th) after a secret three-year battle with brain cancer, although the news wasn’t made public until Friday. Upon learning of Peart’s death, Grohl shared the following on Foo Fighters’ social pages:

“Today, the world lost a true giant in the history of rock & roll. An inspiration to millions with an unmistakable sound who spawned generations of musicians (like myself) to pick up two sticks and chase a dream. A kind, thoughtful, brilliant man who ruled our radios and turntables not only with his drumming, but also his beautiful words.

I still vividly remember my first listen of ‘2112’ when I was young. It was the first time I really listened to a drummer. And since that day, music has never been the same. His power, precision, and composition was incomparable. He was called ‘The Professor’ for a reason: We all learned from him.

Thank you, Neil for making our lives a better place with your music. You will be forever remembered and sorely missed by all of us. And my heartfelt condolences to the Rush family.

Hawkins, meanwhile, issued a short but powerful tribute: “Neil Peart had the hands of God. End of story.”