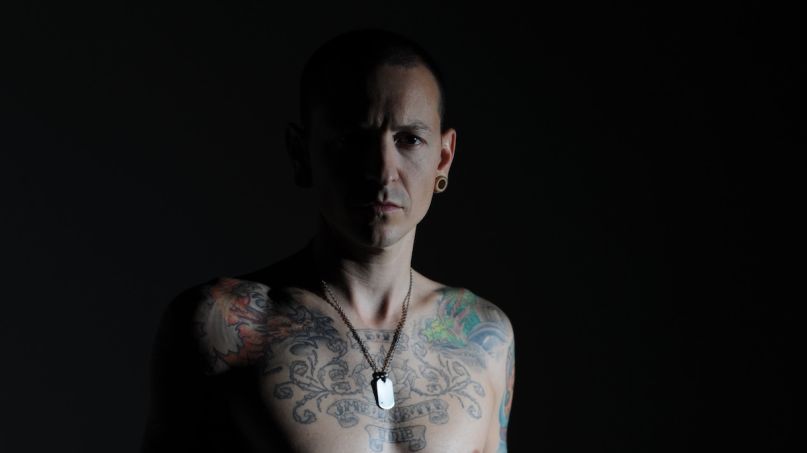 Back in the 1990s, Chester Bennington fronted an Arizona rock band called Grey Daze, who broke up around the time the singer joined Linkin Park. Now, Bennington’s old vocals are getting brought out of the archives and will appear on Grey Daze’s upcoming studio album.

Grey Daze have been working on completing unfinished tracks from the ’90s and have released the album’s first single, the alternative-leaning “What’s in the Eye”. Bennington was 17 years old at the time he recorded the vocals for the track.

“One of Chester’s greatest gifts was music,” Bennington’s widow Talinda said in a statement. “The only thing he took more pride in was being a father to his children. Given how much he cared, he wanted fans to hear everything he did, and his musical journey started with Grey Daze.”

Bennington died in 2017, and at the time, Grey Daze were already bringing out their early songs and getting started working on an album with that old material. Now, the music is ready, and the band says it’s grateful to “give the music the second chance it deserved.”

“Over the years we’d become more knowledgeable, more experienced, and had more resources, so we decided to pick a selection of songs from our previously released albums and re-record them the way they deserved to have been treated back in the ‘90s when we initially wrote and released them. By February 2017, we started recording and in June, Chester and Sean announced the reunion, with a live performance planned for that Fall. Unfortunately, as we all know, that never happened.”

The lyrics to “What’s in the Eye” were written by Bennington and Grey Daze drummer Sean Dowdell. It’s about their experience dealing with the death of a friend in a car accident.

The as-yet-untitled Grey Daze album will arrive this spring via Loma Vista Recordings. The label’s president, Tom Whalley, had this to say about the release:

“As a teenager, when these recordings were done, he had this incredible raw and somewhat undeveloped voice that had an incredible tone. He had this ability to sing great rock melodies punctuated by that unmistakable guttural scream. Chester’s voice had a personality that made you a believer. Listening to the new versions of these tracks, I think it represents everything that the band members and the family told me that Chester wanted to achieve with re-recording this body of work.”

Take a listen to “What’s in the Eye” in the player below.