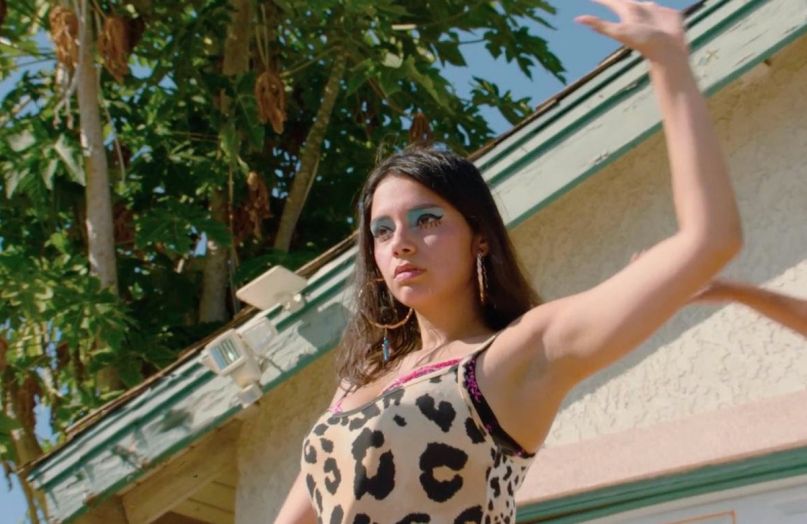 Following a co-sign from the Barack Obama, rising artist Angelica Garcia has announced a new album. Cha Cha Palace, due out February 28th, is her second overall but first for Spacebomb Records, the label founded by Matthew E. White.

Garcia’s Mexican and Salvadoran roots play a big part in her style of pop. But it’s not just about the sound of Latin America; her family and heritage inform Cha Cha Palace at every turn. “I grew up feeling embarrassed of my culture because it often made me feel like I stuck out in school,” she explained in a statement. “My dad would pick me up sometimes blasting Mexican banda music. My own lunch would embarrass me.”

“When I got older I realized that these things are all a part of my identity and I should be proud of them,” she continued. “The things that felt like they were holding me back from being ‘a normal American kid’ are actually my power.” Taking the family aspect a step further, both Garcia’s mother and grandmother appear on the new album.

Based out of Richmond, Virginia, Garcia is teasing the upcoming LP with a single dubbed “Guadalupe”, which references the Catholic religious icon The Virgin of Guadalupe. Garcia talked about the track’s backstory and connection to gender stereotypes,

“Growing up I was taught the tradition of looking up to La Virgen de Guadalupe for comfort and protection. This was passed down to me by my grandmother. As I got older, the duality of her story started to sink in with me. I was confused that this young mother is so highly regarded in Latinx culture, yet many women around me (my mothers, cousins, sisters, and friends) felt so disrespected at times because of their gender and its associated roles. I believe part of her power is that she’s an unexpected hero. Her power is not defined by her physique. I give thanks for that and cherish that — because if it’s true for her, it’s true for me and my sisters. Sacredness is held within us and cannot be deciphered by an outer appearance.”

Check out “Guadalupe” via its official video below.