26 Years Ago, Alice in Chains Dialed Down the Volume with the Haunting EP Jar of Flies 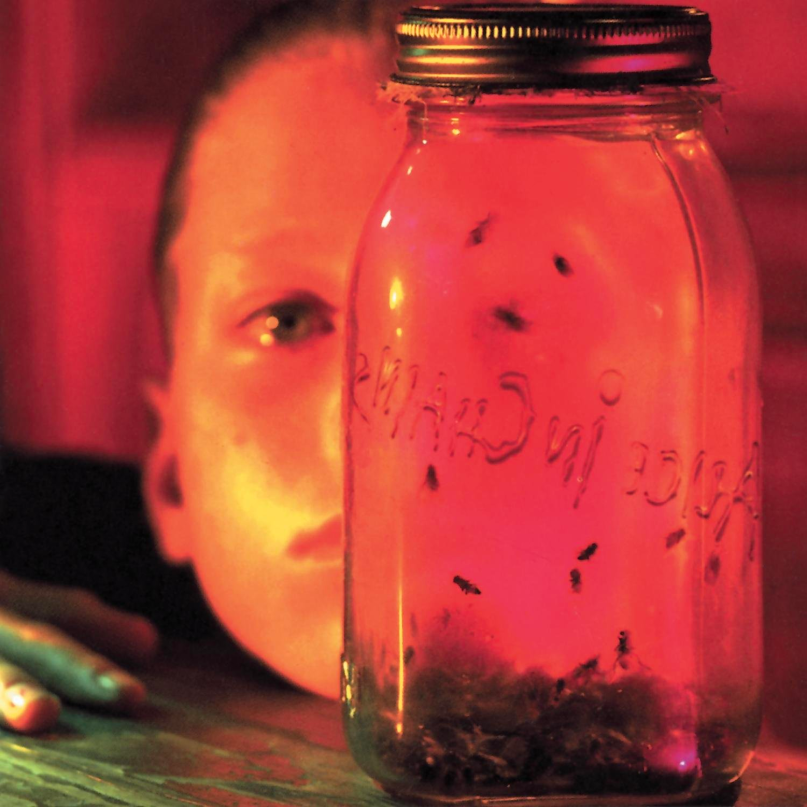 Alice in Chains - Jar of Flies, via Columbia Records

When thinking of classic grunge music, the recipe that most bands seemed to follow was detuned riffs played on battered instruments, and cranked through an amp/fuzz pedal combo. But there were certainly exceptions, the most obvious being the pair of acoustic EP’s that Alice in Chains issued when grunge’s popularity was at its peak — 1992’s Sap, and especially, 1994’s Jar of Flies.

With a brief break near the end of their never-ending tour in support of their dark-rock masterpiece Dirt, the band seemingly “cleansed the pallet” with the much more restrained and mellow Jar of Flies. But this proved to be a chaotic period for the band, as drug abuse ran rampant, resulting in the ousting of original bassist Mike Starr in the middle of the tour for Dirt, with Ozzy bassist Mike Inez signing on as his replacement. (Starr would eventually succumb to an overdose in 2011, at the age of 44.) Meanwhile, singer Layne Staley’s struggle with addiction had already been documented in the lyrics to several tunes on Dirt (“Junkhead,” “God Smack,” etc.).

But as guitarist Jerry Cantrell recalled in the book Grunge Is Dead: The Oral History of Seattle Rock Music, the writing of Jar of Flies was not mapped out much ahead of time. “Between Dirt to the dog record [aka 1995’s Alice in Chains], we were going to do another EP. I think it was after we had planned on having a vacation. Before the vacation, the guys were like, ‘We want it to be more of a band thing — so don’t write a bunch of shit to bring in.’ I’m like, ‘OK, that’s cool, no problem’.”

He added, “I went on vacation and didn’t play my guitar at all. We booked a week and came in off of vacation. Everybody gets in, and they’re like, ‘OK, what have you got?’ Walked in with nothing, and walked out seven days later with that record – pretty much from scratch. I think I might have had ‘Don’t Follow’ from the Dirt tour in Europe, when we were just burned – you can feel that in the lyrics. Everything you hear on that record was written, recorded, and produced in a week.”

Drummer Sean Kinney also recounted fond memories of the EP, and what it did for the group’s morale at the time. “That was a really big turning point – it made sense, because things were looking pretty bleak. That was a nice pick-me-up. It was like, ‘Cool, we’re moving forward and we’re moving on. We’re still here and shit’s getting better’.”

The group assembled at the same recording studio that they had laid down tracks for Sap, Seattle’s London Bridge, on September 7th, 1993 (exactly one month from their final date on Lollapalooza), and as Cantrell explained, remained there for only a week — wrapping on the 14th, before soon resuming the tour in support of Dirt.

But unlike its acoustic predecessor that was produced by the band and Rick Parashar, Jar of Flies solely listed the band when it came to the production credit. Songwriting-wise, Staley handled much of the lyrics, while Cantrell handled much of the music, although Inez is credited with co-penning four of the seven tracks — which much have served as a bit of a “trial by fire” for their newest member.

An EP assembled in such a rapid manner may have left some wondering if Jar of Flies was a throwaway, but it really is the sound of a band decompressing from all that happened to them in the past year. And the album opener, “Rotten Apple”, sets the tone perfectly, with a repetitive, Tool-like bass line, some nifty talk box-effected guitar work, sparse percussion, and Layne announcing straight away, “Innocence is over.” The tune also proved to be the EP’s longest, stretching to nearly seven minutes in length.

“Nutshell” is built more upon the strum of an acoustic guitar (with Layne’s haunting vocal stylings being showcased), while “I Stay Away” makes good use of symphonic strings for added dramatic effect. Up next is the EP’s best-known tune, “No Excuses”, which turned out to be a rock radio hit (hitting #1 on the US Mainstream Rock chart — the band’s first-ever chart-topping tune), and also was the most upbeat sounding of the bunch, despite some not-so-sunny lyrics penned by Cantrell.

The gloomy instrumental, “Whale & Wasp”, quickly erases the cheery feel, as does “Don’t Follow” — the tune that Cantrell mentioned as being the first one composed for the project (with some lonesome-cowboy-sitting-around-a-campfire harmonica embellishments added in for good measure). The last track of the set, “Swing On This”, sounds as if it was created while played, and offers a bit of lighthearted relief to all of the prior seriousness.

Chart-wise, Jar of Flies (which interestingly, in Japan was issued under the title of Another Side of Alice, for reasons unknown) was a massive success — hitting #1 on the Billboard 200, and helping make Alice in Chains the third grunge band to reach the top spot (Nirvana had already done so twice with Nevermind and In Utero, Pearl Jam had most recently accomplished this feat with Vs., and Soundgarden would also join the “numero uno” club soon, with Superunknown).

And as they had done in the past, Alice in Chains would continue to follow their rock-acoustic-rock-acoustic album cycle with their next two releases — 1995’s self-titled full-length, and 1996’s MTV Unplugged (the latter of which included renditions of two Jar of Flies tracks, the set-opening “Nutshell”, plus “No Excuses”).

Sadly, Jar of Flies did not get Alice in Chains back on track behind the scenes. The band would never mount another substantial tour with Staley in the lineup, due to his drug addiction (which by the late ‘90s, would render him essentially a hermit in his Seattle apartment, and ultimately, lead to his death via overdose on April 5, 2002, at age 34).

However, in the EP’s wake, several bands obviously studied the “acoustic Alice” sound, and scored hits with compositions that sounded like copies from the Jar of Flies sessions. Case in point, Days of the New’s “Touch, Peel and Stand”, Staind’s “It’s Been Awhile”, Godsmack’s “Touché”, Puddle of Mudd’s “Blurry”, and Seether’s “Broken”, among others.

Since its original release on January 25, 1994, Jar of Flies remains a gripping listen — which is quite an accomplishment, as it was done so largely acoustically and on the spot.