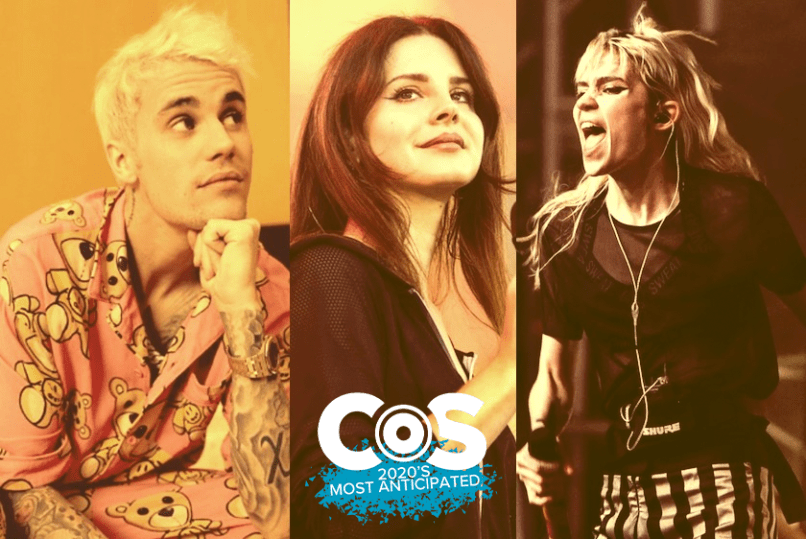 In 2019, pop sort of returned to its regular place in the cosmos, even if way too many other things didn’t.

For a few years there, turgid, solipsistic, Drake- and Lana Del Rey-influenced dirges — plenty of which are good — became the signature of the pop chart and lowered the average bpm to the most dour era since the comparatively explosive grunge- and nu-metal-besotted ’90s. Then Billie Eilish took over with the most upbeat tune from a Lana acolyte to date (“Bad Guy”, duh), Lil Nas X took Soundcloud rap and Nine Inch Nails country (and made country more hip-hop — and queer — in turn), and the funked-up Lizzo found a near-impossible balance between the old guard and the new (Bruno Mars and Amy Winehouse were nostalgia acts by comparison). All three deservedly hit No. 1, and all three made pop seem something like fun again.

That sets the stage for an optimistic 2020 as Justin Bieber follows up his strongest music ever, which dabbled in trop-house, and the long-suffering Ms. Del Rey finally leads a full-blown consensus towards whatever she decides to do next. Dua Lipa could go anywhere too, between her instant-classic “New Rules” and one of those forced impromptu Grammy collabs with St. Vincent that actually worked. No other interloper in pop is more equipped to unleash a reggae album as Rihanna, and even if she doesn’t make good on that threat, she’s following up Anti, one of the best albums, period, of the last 10 years. Kesha is finally free to do whatever she wants, and we’re loving it, and Grimes is still gloriously batshit.

Here are the 10 upcoming pop albums we’re most excited about in 2020.

Why We’re Excited: After releasing the more reflective Rainbow in the wake of her burdensome and distressing legal battle with Dr. Luke, Kesha is back to her glittery, grab-life-by-the-horns self on High Road. On early singles “My Own Dance” and “Raising Hell”, she combines feminist underpinnings with the youthful irreverence that once inspired whiskey tooth brushings and P. Diddy feels. Featuring Brian Wilson, Sturgill Simpson, and, uh, Kesha, High Road promises to be an early 2020 highlight. –Christopher Thiessen

Why We’re Excited: British synthpop musician La Roux has only released two albums during the more than a decade she has spent in the music industry, but they’ve each been showcases for pristine songwriting and joyful ’80s influences. Her biggest single, 2009’s “Bulletproof”, sounds as fresh as it did 10 years ago. The two new singles from her upcoming record are gentler and grander — “Gullible Fool” is seven minutes long — but still outrageously hooky, suggesting a path of musical growth that will yield something beautiful. –Kayleigh Hughes

Monsta X – All About Luv

Why We’re Excited: K-pop has been around since the early ’90s, but it wasn’t until 2019 that the average American music fan finally caught on to this global-dominating genre. As bands like BTS and Blackpink set records for album and ticket sales, groups like the six-member Monsta X patiently waited their turn. However, with an album, All About Luv, ready to drop next month, don’t be surprised if the talented, versatile pop act don’t claim more hearts and ears for the red-hot genre from overseas very, very soon. –Matt Melis

Why We’re Excited: BTS’ latest EP, Map of the Soul: Persona, made history last year as South Korea’s best-selling album of all time. It’s a daunting achievement for any artist to follow up, but The Beatles-level K-pop sensation have proven time and time again that they’re more than up for the task. Hopefully, 7 will gift us with more addictive hooks and pitch-perfect production while continuing BTS’ pattern of exploring interesting new styles with each release. –Laura Dzubay

Why We’re Excited: If Grimes taught us anything for 2020, between her unlikely relationship with Elon Musk, holding Azealia Banks hostage in the tech billionaire’s house, and calling her highly acclaimed 2015 record Art Angels a “piece of crap,” it’s to expect the unexpected and then still brace ourselves for the shock. So far, she has released singles inspired by nu-metal, artificial intelligence, and even North Korea’s all-female military band, Moranbong, for Miss_Anthrop0cene, on which, she wrote on Instagram, “Each song will be a different embodiment of human extinction as depicted through a Pop star Demonology.” –Natalie Barr

Click ahead for more pop albums we’re anticipating in 2020…

Why We’re Excited: Lana Del Rey made a breakthrough with Norman Fucking Rockwell! in 2019, pushing her pop into a new sphere that marked both a shift in tone and a thematic evolution from her previous albums. She’s using her glass-sharp songwriting, off-kilter patriotic preoccupations, and lush production as the weapons they were always meant to be, and a productive time for the princess of American melodrama coinciding with a tense election year is likely to yield another album rife with beauty and gravity. –Laura Dzubay

Why We’re Excited: Justin Bieber doesn’t need to stage any more comebacks, as 2015 made clear. Excellent singles with Jack Ü (“Where Are Ü Now”) and his now towering signature “What Do You Mean?” (plus the even more inescapable “Sorry” and Ed Sheeran’s kiss-off “Love Yourself” and underrated Halsey duet “The Feeling”) ensured Tool’s No. 1 fan will be keeping his place in the cosmos long after the tabloids would’ve predicted. So don’t count him out even with “Yummy”. –Dan Weiss

Dua Lipa on The Tonight Show

Why We’re Excited: Dua Lipa’s debut disc made her a global superstar and gave fans an arsenal of soul-infused pop anthems to help get over the ex that keeps on crawling back in songs like “New Rules” and “IDGAF”. Now, the English songstress returns with her sophomore record, promising the same kind of cultural bite with a fresh sound. If “Don’t Start Now” is any indication, Future Nostalgia will have us getting down on the dance floor all the way into 2021. –Irene Monokandilos

Why We’re Excited: R9. One letter, one number, and one angry mob of people disastrously desperate for Ms. Robyn Fenty to release her next album. Originally supposed to be released in 2019, Rihanna’s influence is so strong that she had fans spending the final seconds of the decade checking if it would drop at 11:59:59. She’s fully aware of the chaos being brewed in suspense of the record, her first since ANTI, which was categorically the best album of 2016 (Yeah, I said it). In fact, she finds it funny, teasing fans on social media that she’s listening to it yet refusing to release it. Let’s just say that when she finally allows the new album to grace our ears, all hell is going to break loose. –Lucy Shanker

Why We’re Excited: What better way to announce your next album than by covering Donna Summer’s “I Feel Love”, one of the greatest singles of all time? From his early Disclosure collabs to his own Tom Petty-indebted balladry and Bond theme, Sam Smith’s mastery of the pop landscape (and his own alien falsetto) is only expanding. Judging by the shiny, percolating summer 2019 single “How Do You Sleep?” this upcoming third outing could throw us for a loop. –Dan Weiss