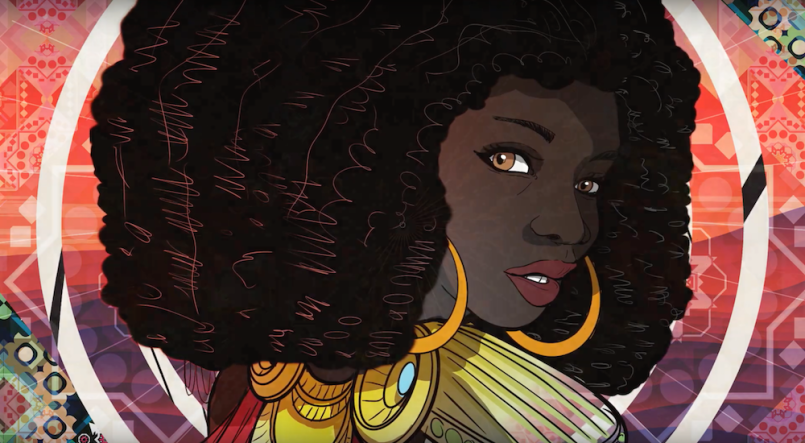 Yola has shared a cover of Elton John’s “Goodbye Yellow Brick Road” along with a new music video. The Grammy-nominated country and soul artist also shared a new original single called “I Don’t Wanna Lie”. Stream both tracks below.

Both “Goodbye Yellow Brick Road” and “I Don’t Wanna Lie” come from the new deluxe edition of Walk Through Fire, her debut studio album, out now. The new songs, like the rest of the album, saw her team up with Dan Auerbach of The Black Keys, who served as producer. Yola got to break the news with a little help from John himself, who premiered the track on Twitter.

Yola’s turns the Elton John classic into her own. While there’s still the trademark piano and giant vocal scales of the original “Goodbye Yellow Brick Road”, she adds stripped-down guitar strums and some bare percussion to let her voice take the center focus in a new way. The song’s accompanying music video includes richly detailed visuals of herself traveling through a futuristic and psychedelic version of said road. All together, it feels like a unique spin on the classic. Watch it below.

In addition to the cover song, Yola has shared a new track from the deluxe edition of Walk Through Fire called “I Don’t Wanna Lie”. It’s an uptempo number that captures her signature blend of country and soul, playing into the honkey tonk heaviness of the former while letting her vocals explore the heartfelt earnestness of the latter. Give it a listen below as well.

Yola is currently on a massive North American tour that brings her across the US through the winter months. Grab tickets to all of her upcoming concerts here.

Nominated for four #GRAMMYs and one of Elton's favourite rising stars, @iamyola has just released a beautiful cover of 'Goodbye Yellow Brick Road'! ✨🎶