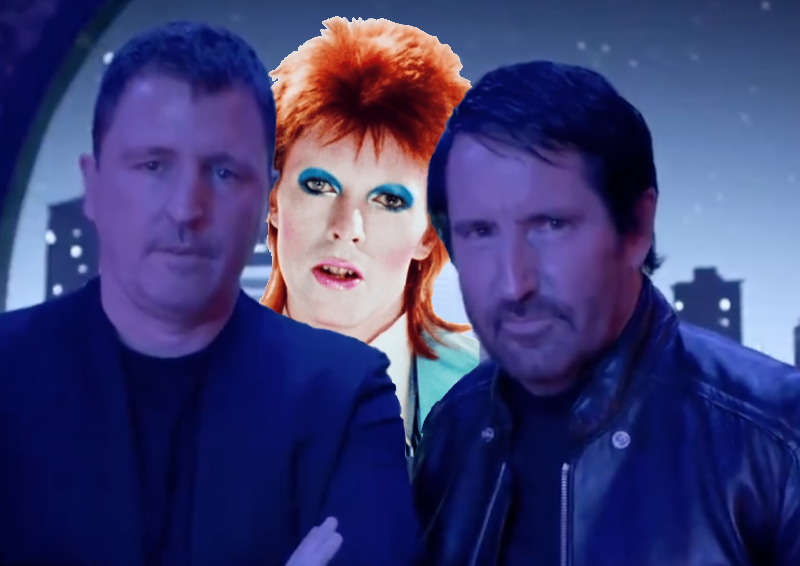 Following the first two volumes, Trent Reznor and Atticus Ross have just one-third of their Watchmen soundtrack left to reveal. The final act is shaping up to be quite a different experience, as first hinted at by the lounge ballad “The Way It Used to Be” and substantiated by a surprising new sample: an instrumental cover of David Bowie’s “Life on Mars”.

The reinterpretation appeared in the seventh episode of the HBO series, “An Almost Religious Awe”, which aired this past Sunday. A full version has now come online, and it’s an appropriately haunting rendition. Subtle piano notes play the familiar melody alone until the “chorus” hits with a swell of synthesizers. At first, they appear to be a twinkling addition to the track, but they slowly take on a more ominous tone as it builds towards a dramatic conclusion. Take a listen below.

Watchman: Vol. 3 is out December 16th. The full OST is said to span 39 tracks, which means the forthcoming collection will presumably consist of 11 songs. Pre-orders are available along with the first two volumes via NIN’s website. While you’re at it, you can also pre-order their recently announced deluxe reissue of their 2005 album, With Teeth.