The 10 Best Adaptations of A Christmas Carol

From Muppets and mice to Ghostbusters and traditional Dickensian Scrooges 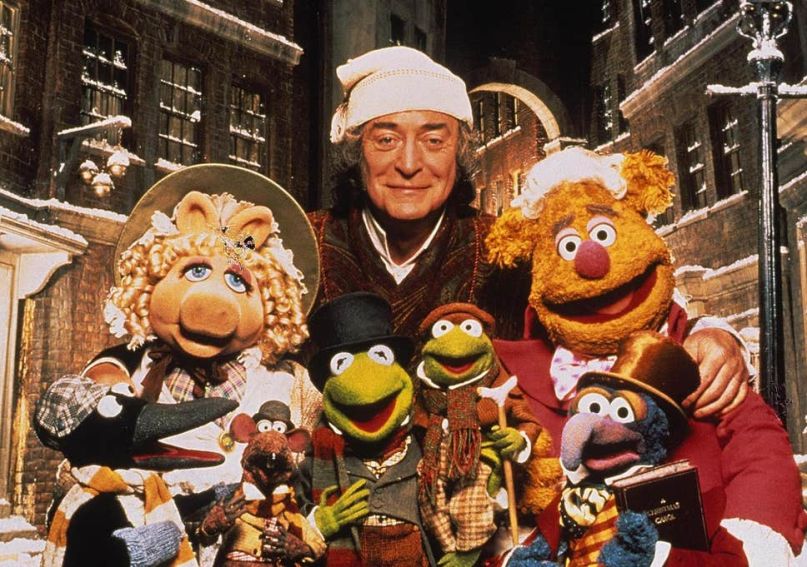 Page to Screen is a regular free-form column in which Matt Melis explores how either a classic or contemporary work of literature made the sometimes triumphant, often disastrous leap from prose to film. This time, he soars alongside the Ghost of Christmas Past to revisit the very best adaptations of A Christmas Carol. Check your humbugs with the girl at the door.

“In everybody, there is a thing that loves children, fears death, and likes sunlight, and this thing enjoys Charles Dickens.” — Gilbert K. Chesterton

Most people know the gist of Alice’s tumble down the rabbit hole and are familiar with the basic itinerary of Wendy’s red-eye to Neverland. Thanks to Judy Garland, even more can probably recount Dorothy thumbing her way across Oz with three strangers. However, I’d be surprised if any tale in the Western literary canon has been embedded in our cultural DNA more thoroughly than Charles Dickens’ A Christmas Carol. The phrases “Bah, humbug!” and “God bless us, every one” jokingly pass our lips as shared allusions, and the name Scrooge itself (whose etymology traces back to an obscure verb meaning “to squeeze” or “to press” but could just as well be an amalgam of the unpleasant verbs “screw” and “gouge”) has become synonymous with obstinate callousness and avarice. It’s a simple moral tale first given to us as children, one that we weave into our own holiday traditions as we grow older, and, as we’ll see, a story whose framework gets leaned on time and time again by those charged with entertaining us on screens of all sizes.

Looking back on Dickens’ novella for the first time in several years, I’m struck by a couple things. First, that A Christmas Carol almost never gets discussed as a time-travel story, even though it’s one of the earlier examples of such in Western literature. (A couple items on this list remedy that void.) Second, that while Dickens wrote his novella in direct response to the harsh conditions he saw women and children enduring as factory workers, we read the tale today as more of a redemption story than a moral imperative to correct the wrongs of our own time. Maybe that type of call to action would be asking too much of any tale, let alone one that’s pushing two centuries old. It’s enough that the X-mas spirits Past, Present, and Yet To Come — which we could very well rename Nostalgia-Regret, Pity, and Fear — can squeeze compassion out of a stone as hardened as Ebenezer Scrooge. Still, Stave Three, featuring the Ghost of Christmas Present, has always touched me most: to hear Scrooge’s own words driven into his back like daggers, to see “Ignorance” and “Want” trembling as they cling to the spirit’s robes, and, of course, to understand Tiny Tim Cratchit’s impending death if Scrooge doesn’t intervene at once. Yes, it’s reward enough to witness Scrooge’s own redemption, but I still can’t read these passages without considering if anyone out there breathes slightly easier due to my efforts.

Actors may aspire to play Hamlet, but it’s far more likely they’ll land the role of Dickens’ miserable miser. Everyone from the Fonze to Frasier and from Captain Picard to Beavis has portrayed Scrooge in name or type. And on this list you’ll find classic retellings, musical productions, Saturday morning cartoons, and even some veddy, veddy British silliness. In other words, something for everyone because, as we all know, it’s god bless us … EVERY ONE.

Now, touch my robe. Don’t ask questions. Time is short, and we have a lot to see.