Plus, watch the new video for "Boy Back" 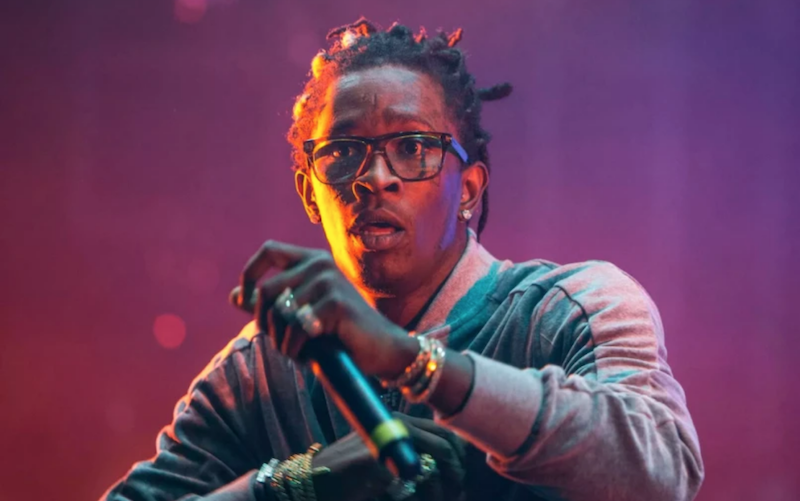 Young Thug has released a deluxe edition of his newest album, So Much Fun. The best part is the new version comes with four (!) previously unreleased songs: “Diamonds”, “Hop Off A Jet”, “Die Today”, and “Millions”. Stream all four tracks below.

The original version of So Much Fun arrived back in August. It’s his debut album and followed last year’s compilation LP Slim Language. With 19 tracks total and a contributor list featuring Travis Scott, J. Cole, Future, Gunna, 21 Savage, Lil Uzi Vert, Quavo, Lil Baby, and Juice WRLD, it was safe to say So Much Fun delivered on its title. Weeks after coming out, lead single “The London” went on to be nominated for a Grammy.

This deluxe edition of the LP raises the stakes even higher, though. By expanding the album to a 23-song tracklist, he gets to flaunt his verses and the very quips that make him so lovable. “Diamonds (feat. Gunna)” takes off with a massive bouncy beat and unexpected synth trills. Next comes “Hop Off A Jet (Travis Scott)”, which uses some heavily edited steel drums to evoke Caribbean tones. “Die Today” opens up with a dark premonition about someone about to confront death, which is completely different from “Millions”, a track full of low-key truths and a rap delivery closer to Lil Wayne than other trap stars of the moment.

To celebrate, Young Thug has also shared a music video for “Boy Back”. In the clip, Young Thug soaks up the luxury vibes of a high-end apartment and goes for a drive through the streets of Toronto with collaborative rapper Nav. Photos flash across the screen and lights blur throughout, making it a slightly trippy visual. To be fair, a song with the line “I spent a hundred thousand dollars on cheese” would be entertaining no matter what the video is. Watch it below.

Young Thug may have wrapped up his North American tour with Machine Gun Kelly, but the Atlanta MC already has shows scheduled for 2020 — including performances at Orange Warsaw and Longitude Festival. Grab tickets to all of his upcoming concerts here.