For the Love of Glove premieres in January 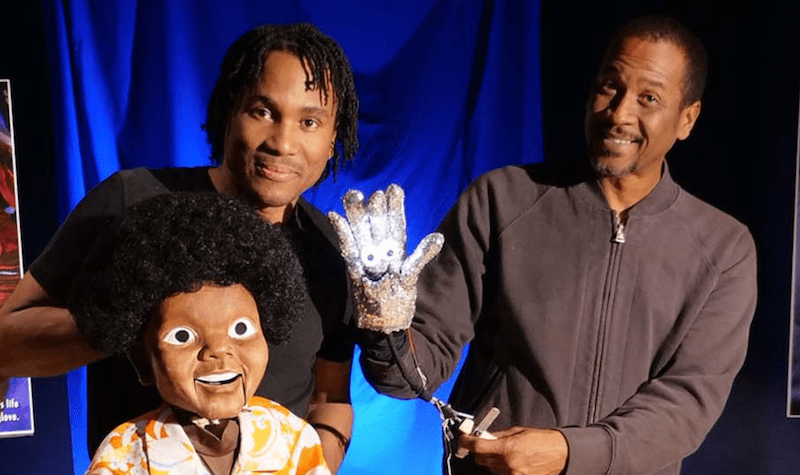 Michael Jackson has been the focus of countless films, TV specials, and Broadway musicals, but nothing could have prepared anyone for what’s coming next. A forthcoming musical featuring puppets (!) is reframing the pop star’s story in a drastic way by attempting to blame Jackson’s problematic and allegedly abusive behavior on… an alien-shaped glove that lusts after “virgin boy blood.”

The terror that is For the Love of Glove: An Unauthorized Musical Fable About the Life of Michael Jackson, as Told by His Glove was announced last month. Now, more details about the production have surfaced, including its official premiere date.

Firstly, contrary to earlier reports, Johnny Depp is not part of the project at the moment. “There is currently a dispute over credits and a rep for Depp says that he and his company are not producing and not involved in any way,” according to The Hollywood Reporter.

For the Love of the Glove has also found the cast for its life-size puppet characters. Actor and comedian Jerry Minor (Saturday Night Love) is on board to portray the Glove, which has been given the nightmarish name THRHIL-LHA. Meanwhile, The Lion King actor Eric B. Anthony will voice the puppet version of Jackson.

Rather than rely on Jackson’s catalog of hits, the musical will actually feature upwards of 20 original songs, performed by the Japanese Bunraku-style puppets alongside a cast of real-life actors.

Although playwright Julien Nitzberg originally had the idea for the production almost two decades ago, he’s confident its premiere next year is coming at the right time.

“We should be in ‘process culture,’ where we process how fucked up people are and understand what made them that way,” Nitzberg told The Hollywood Reporter. “I think there’s a collective trauma of everyone who grew up as a Jackson 5 fan and a Michael fan. This is a way to process that in a fun way while helping people understand all of the really fucked up stuff that affected Michael’s life.”

For the Glove is scheduled to open January 25th at the Carl Sagan-Ann Druyan Theater in Los Angeles.