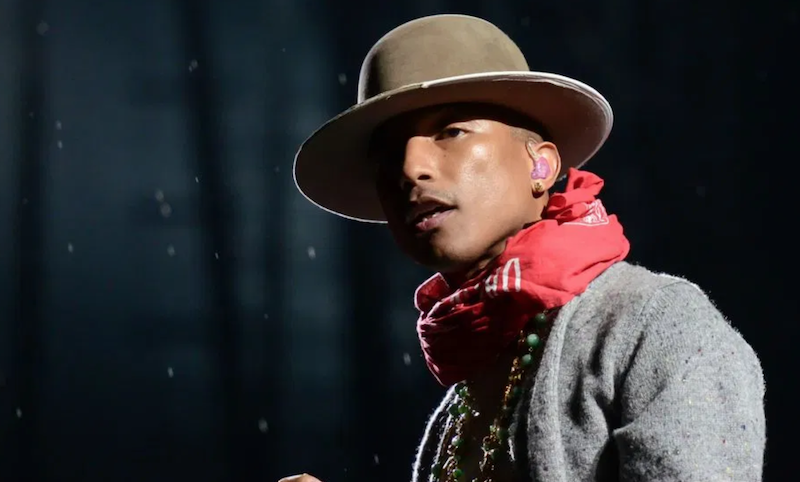 The legal controversy surrounding the pop hit “Blurred Lines” has been a long saga for Pharrell Williams. Back in 2015, he and co-writer Robin Thicke were ordered to pay $7.3 million dollars to Marvin Gaye’s estate for copyright infringement. Despite multiple artists calling for an appeal, the verdict stuck, and it seemed the drama had concluded. Turns out it’s not quite over. Gaye’s family has now filed a new motion accusing the songwriter of perjury in court based off comments the artist made in a recent interview with GQ.

During Pharrell’s talk with the magazine, the pop producer discussed his approach to sessions, and how he “reverse engineers” a feeling he gets from hearing certain music. “I did that in ‘Blurred Lines’ and got myself in trouble,” he said. The offhand comment unfortunately seems opposite of the testimony he gave during his deposition back in 2015, which was, “I did not go in the studio with the intention of making anything feel like, or to sound like, Marvin Gaye” (via Hollywood Reporter).

Now, the Gaye family (still working with litigator Richard Busch), believe the conflicting statement indicates Pharrell lied in court, qualifying as perjury. As put by Hollywood Reporter, in a new motion they’ve requested U.S. District Court Judge John Kronstadt revisit the case based on the grounds that the revealed information might’ve led to a different initial verdict, and to revaluate his decision to deny the family be compensated for millions of dollars in attorney fees.

“Williams made intentional, material misrepresentations to the jury and this Court as part of an unconscionable scheme to improperly influence the jury and the Court in their decisions,” reads the motion. “Nothing was more central to this case than whether ‘Got To’ or Marvin Gaye was on Williams’s mind while he was engaged in creating ‘Blurred.’ That fact was central to the issue of whether Williams and Thicke illegally copied ‘Got To’ and whether their copying was willful, and they knew it. It was also central to their defense of ‘independent creation.’ And it became central in this Court’s analysis of whether to award attorneys’ fees.” The motion goes on to state, “The November 4, 2019 Interview now flies in the face of those previous sworn denials.”

This isn’t the family’s first attempt at trying to prove Pharrell’s inconsistency. They previously tried to show how the singer’s deposition differed from his comments even before the original trial started, but the judge waved it off, saying “It is not uncommon for those promoting a new song or creative work within the entertainment industry to seek to attract attention that will be conveyed to potential consumers. This may result in increased sales of the work, and greater attention to the artist. Such statements are not ones made under oath. Consequently, it is not unreasonable for the same person to make different statements should he or she be placed under oath in subsequent litigation of the same or related issues.”

With the new comments made post-verdict, Gaye’s family is hoping the judge will see things differently, and award the them roughly $3.5 million dollars in legal fees. Pharrell’s attorney has denied comment on the new motion.

Revisit the artist’s entire GQ interview, and check out the full motion to decide for yourself. In other news, Pharrell is still chugging along with the hits, including his heavy hand on Beck’s latest album, Hyperspace.