Mendelson wrote the lyrics to "Christmastime is Here" 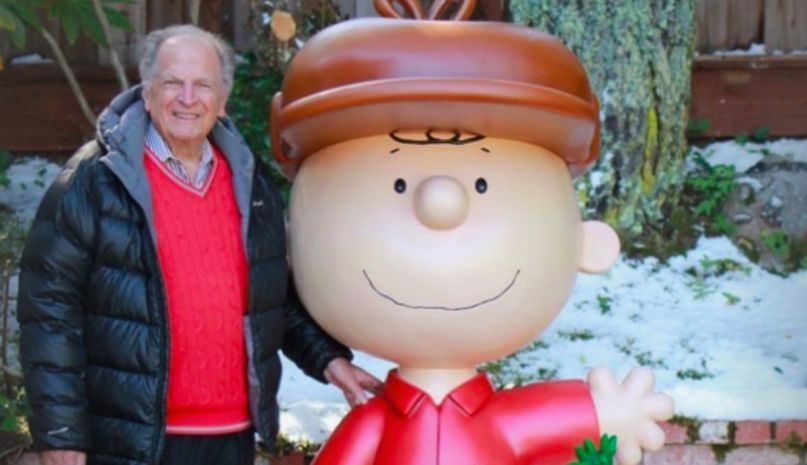 Lee Mendelson, who produced over 50 Peanuts TV specials including A Charlie Brown Christmas, has died after a long battle with lung cancer. He was 86.

Mendelson died at home on Christmas Day, his family told the Palo Alto Daily Post. Son Jason Mendelson commented, “It wasn’t great for us, but to have him pass on Christmas really ties into his history and legacy.”

Born March 24th, 1933, Lee Mendelson broke into show business with A Man Named Mays, a 1963 television documentary about baseball great Willie Mays. A few weeks later, as Mendelson told Stanford Magazine, he was reading the Peanuts comic strip and was struck by inspiration. He thought to himself, “you’ve just done the world’s greatest baseball player, now you should do the world’s worst baseball player, Charlie Brown.”

What began as a documentary about creator Charles Schultz eventually morphed into 1966’s A Charlie Brown Christmas. Mendelson hired animator Bill Melendez to bring the comic strip to life, and brought in composer Vince Guaraldi to create the now iconic Peanuts score. Mendelson pitched in musically as well, penning the lyrics to “Christmastime is Here”.

A Charlie Brown Christmas earned Mendelson his first of 12 Emmy wins. Over the course of his career he received a total of 29 Emmy nominations as well as two Grammy nods. While he also produced TV shows for the cartoon characters Cathy and Garfield — the latter running for 121 episodes —  he is best remembered for his work with the Peanuts gang, including It’s the Great Pumpkin, Charlie Brown, This is America, Charlie Brown, and A Charlie Brown Thanksgiving. He received his 12th and final Emmy award in 2016 for It’s Your 50th Christmas, Charlie Brown!.