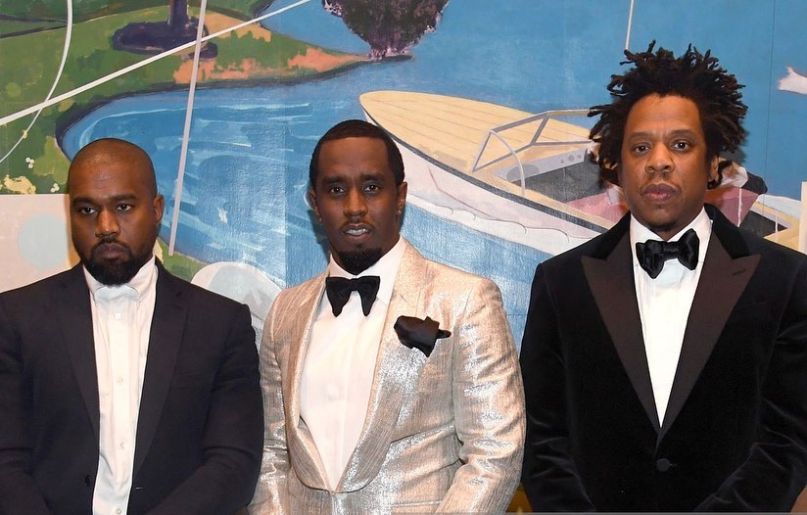 Kanye and JAY-Z with Diddy, photo via JAY-Z Daily

Kanye West and JAY-Z were among the hip-hop luminaries present at Diddy’s 50th birthday party in Los Angeles on Saturday, setting the stage for a long-anticipated, but incredibly uncomfortable reunion between the former Watch the Throne collaborators.

For the last several years, Kanye has been on the outs with his one-time “Big Brother” following a series of public spats. During his 2016 “Saint Pablo Tour”, Kanye repeatedly called out JAY-Z from the stage. He accused JAY of cutting off their relationship after Kanye became involved with Kim Kardashian. He also chided JAY for failing to reach out in the wake of Kardashian’s armed robbery, and even claimed that JAY had hired hitman to silence him. Later, Kanye filed a lawsuit against JAY-Z over disagreements involving JAY’s artist-owned streaming service TIDAL.

Meanwhile, JAY seemingly took a swipe at Kanye on his 2017 album 4:44: “You dropped outta school, you lost your principles,” he rapped on the song “Kill JAY-Z”.

Last year, amidst the throes of his public comeback, Kanye threw fans for a loop when he proclaimed that a new Watch the Throne album was on the way. However, JAY-Z never publicly confirmed the news, and based on their interaction at Diddy’s party, it seems like last night was the first time the two rappers had been in each other’s presence in a very long time.

Kanye and JAY-Z briefly shook hands and posed for a photograph alongside Pharrell Williams and Diddy. JAY, in particular, looked like he was in a hostage video. Needless to say, the throne has been abdicated.

jay-z looks so annoyed that him and kanye are even breathing the same air pic.twitter.com/L3PWz30GNx