EL-P of Run the Jewels on Streaming Culture, Perfect Timing, and the Last Decade in Music 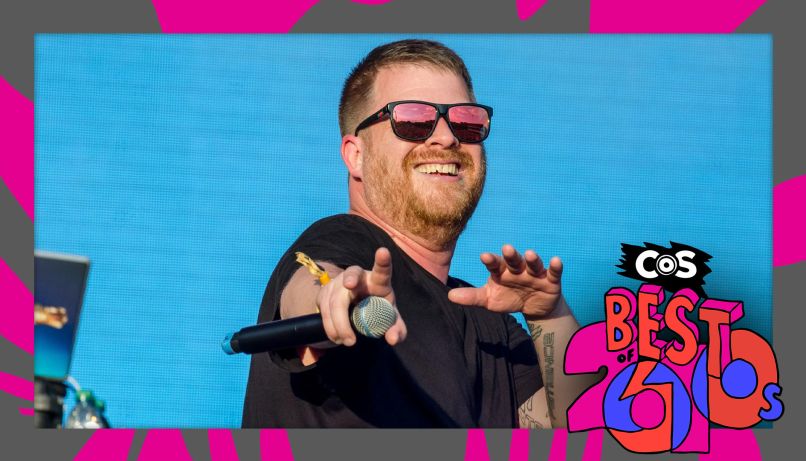 Run the Jewels is one of the most unpredictable success stories of the 2010s. Upon meeting through a mutual friend at Cartoon Network in 2011, Killer Mike and El-P would go on to storm across the hip-hop landscape with three formidable albums.

The first of those eponymous efforts, if you recall, was released independently for free on digital platforms. It became a tradition they would emulate with their two respective followups. Each one found critical and commercial success with ease, launching the duo to career heights they’d not seen before.

With Run the Jewels 4 due out in 2020, it’s clear the two will carry that success over into the next decade. In anticipation (and certainly in celebration) of what’s to come, El-P spoke with Consequence of Sound about their independence and the evolving industry around them.

On the dangers of shifting from traditional consumption of music

I think the upside was that creators got several steps closer to a direct-to-fan type of industry. Ultimately, the same gatekeepers that dominated the business had to make some room for new mechanisms [because] the way the people consumed music changed. The rules were, to some degree, scrapped, and that allowed for some genuinely unpredictable success stories and repeatable trails blazed in terms of how artists got their music out there and started their careers.

The downside is that when the tech world muscles in on territory that was previously run by music folks, you have a situation in which, despite music being the cornerstone of streaming services, the services themselves only need to abide by a very specific tech culture. That means they legally have to invest way less in the protection of and caring for people’s lives, careers, IP, etc. because the laws specific to them were not written with any type of community or culture beyond theirs.

As the traditional music industry is slowly replaced, I wonder who is going to imbue the spirit of protection and advocacy into these companies? Labels, for all their inherent imperfections, often have that spirit going for them. A kid now with an album may not have to jump the same hurdles as before, but I fear they are also never going to encounter the protective side either. Those kids are pretty much on their own.

On the importance of earned control over independence

For me, it’s simply a matter of control. If I can control my art, my “brand”, and the way I interact with and serve the people that support me, then I’m happy. it really doesn’t matter who’s major or independent at this point, it’s all business. What matters is having earned control. Being independent is a quick way to have that, but having it is the point and being “independent” without it is just as easy and useless as anything else. For RTJ, we had the simple idea that we can give our music away for free, as well as sell it and make money doing what we do, and luckily it’s now proven to work. So, if I can continue to operate the way I feel is right for me, then it really doesn’t matter to me if its indie or major at this point.

I think it’s driving us all crazy and something has got to give. I think evil has reared its head and despite the complete negligence of the previous generation, heroes are being created to deal with it one way or another — with or without anyone’s help.

I feel like shit is ready when it’s ready. [Killer Mike] and I had to go through a lot to find each other as collaborators, and I think if we hadn’t, we probably wouldn’t have been ready or even open to forming RTJ. Beyond that, I’m just so much more adept at dealing with stress and bullshit in general now that the idea of having this happen when I was younger doesn’t really appeal to me. Plus, it’s kind of too late for me to become a complete asshole in the face of success. Success really happened well after my personality had been locked in place. I missed out on my crazy fame asshole phase, is what I’m saying. Fuck.

On his hopes for the future of music

On his plans for music and life for the next decade

Psyched and grateful if I get to keep doing what I love and have a crack at a few other mediums artistically as well. As for me, personally, not sure. Maybe I’ll adopt a kid or something. That could be cool.