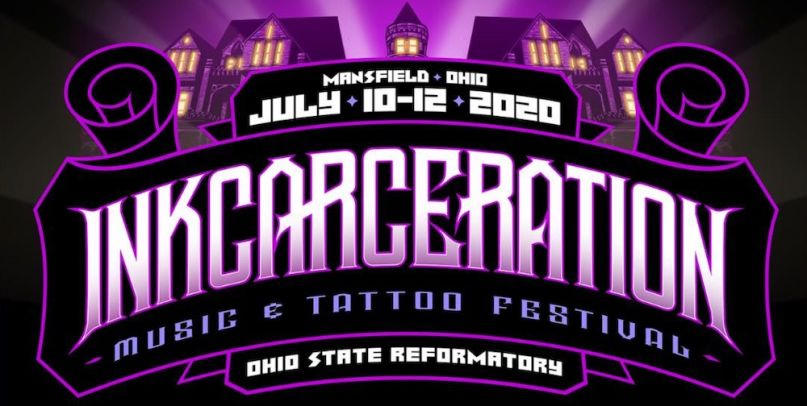 The venue for the fest is the Ohio State Reformatory, better known as the prison where the movie The Shawshank Redemption was filmed. As the festival name implies, there will also be more than 60 tattoo artists present alongside the music lineup.

In addition to the aforementioned headliners, the bill features Mastodon, Papa Roach, Halestorm, Underoath, Hollywood Undead, Steel Panther, Falling in Reverse, Candlebox, Badflower, Atreyu, Static-X, Puddle of Mudd, New Politics, All That Remains, We Came as Romans, The Devil Wears Prada, and many more acts. See the fill lineup in the poster below.

Festival organizers said the following in a statement:

“We are extremely humbled by the support the fans put behind this festival in 2019 and wanted to bring them something even bigger in 2020. For year three, we put together an extremely eclectic lineup that brings together all forms of rock. This festival is becoming known as the most unique event in the country, so we wanted to construct a lineup as unique as the venue itself! And, of course, it’s still the only rock festival held at a famous haunted prison!”

Passes to the 2020 Inkcarceration festival are available now at this location.

Previous Story
Filter on “Take A Picture”, D’arcy Wretzky, and Other Stories Behind Title of Record
Next Story
Yellowcard move forward with lawsuit against Juice WRLD despite his death
Popular
More Stories
[fu-upload-form form_layout="media" title="Submit Your Photo"][input type="hidden" name="ugc" value="1"][/fu-upload-form]