Harry Styles has the “Juice” in Lizzo cover for BBC Radio 1: Watch

Styles has a blast referring to himself as "The baddest bitch" 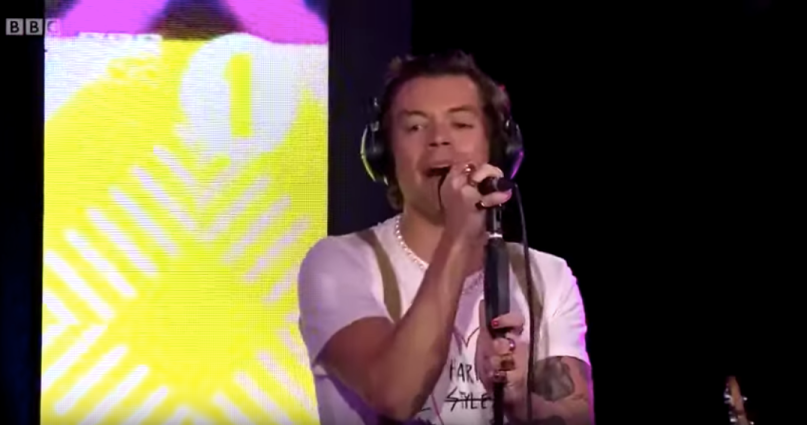 Since the release of his new album Fine Line, Harry Styles has a bit of bounce in his step, a certain pizzazz in his smile. Lizzo called it “Juice” and Styles must’ve liked that, because he was feeling himself in a new cover for BBC Radio 1.

Only a confident man would wear brown trousers with brown suspenders on camera. Styles could make anything look good, which is one of the reasons his “Juice” isn’t quite the same anthem of empowerment. But it’s still a rollicking good time, and Styles has a blast referring to himself as “The baddest bitch.” Watch the full performance below.

At the Fine Line release party Harry Styles covered “Landslide” with Stevie Nicks. Last week he performed “Adore You” on Corden, and last month after he hosted SNL he was replaced by Will Ferrell in a hilarious cut-for-time sketch.

Next year, Styles has announced a sweeping world tour and tickets are available here.