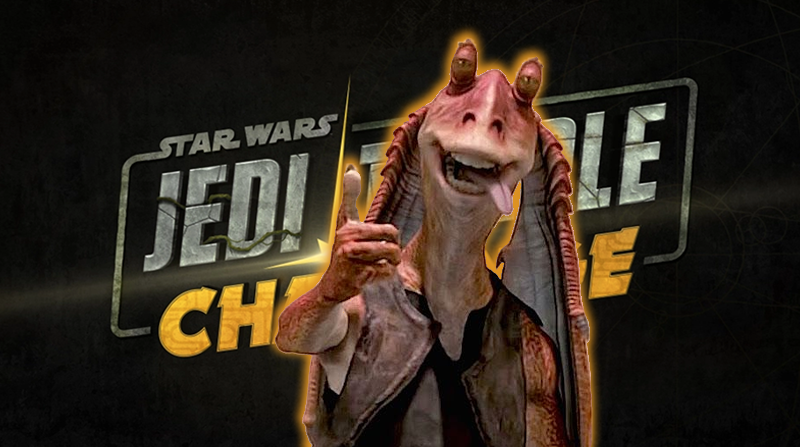 There’s a longstanding theory out there that the most despised player in the Star Wars universe, Jar Jar Binks, was actually meant to be a dark horse villain. Unfortunately (thankfully?), the derision George Lucas received after the character’s one major appearance in The Phantom Menace derailed any plans to expand his role. It looks like the Gungan has finally found his true calling, however, as Jar Jar Binks actor Ahmed Best has been tapped to host a new Disney+ game show called Star Wars: Jedi Temple Challenge.

Set to debut on the streaming service in 2020, the show sounds something like Legends of the Hidden Temple but for Jedis. Variety describes it as a competition in which young contestants will demonstrate their skills in the three core Jedi principles: strength, knowledge, and bravery. Best, as a Jedi Master, will guide the Padawans with the help of a droid voiced by Mary Holland (Between Two Ferns: The Movie, Veep).

Mickey Capoferri, Lucasfilm’s senior director of Online Content & Programming, added that Jedi Temple Challenge will be “a kids game show like no other. The various challenges will test a Padawan’s connection to the Force in three locations — a forest planet, on board a Jedi star cruiser, and inside a Jedi Temple — immersing them and the audience in a fun, humorous, and exciting competition.”

(Read: Ranking: Every Star Wars Movie and TV Show from Worst to Best)

Though at first devastated by the backlash against the character, Best has occasionally reprised his role as Jar Jar Binks in video games and animated adventures. There’s bound to be a few quips about the bumbling alien once Jedi Temple Challenge lands next year.

The new show joins a growing list of Star Wars-related programming on Disney+. There’s already the critically acclaimed The Mandalorian, with a Rogue One prequel series starring Diego Luna (Cassian Andor) and Alan Tudyk (K-2SO), an Obi-Wan Kenobi series with Ewan McGregor, and the revival of the animated Clone Wars still to come.