Cats bombs at the box office with $6.5 million opening 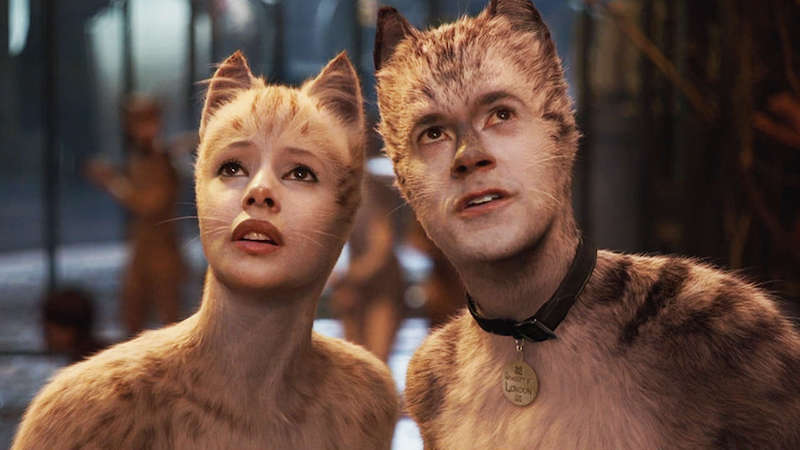 Don’t faint from surprise when we tell you, but Cats bombed at the box office with a $6.5 million opening.

Tom Hooper’s adaptation of Andrew Lloyd Weber’s classic Broadway show fell well short its projected debut of $15-20 million, placing it the No. 4 for the weekend behind Star Wars: The Rise of Skywalker, Jumanji: The Next Level, and Frozen 2.

For a minute there, it seemed like Cats could become a hit thanks to its star-studded cast: Taylor Swift, Judi Dench, Ian McKellen, Idris Elba, Jennifer Hudson, Jason Derulo, Rebel Wilson, James Corden, and Grumpy Cat herself. But then the film became its own worst enemy when it came to luring an audience in. For starters, it introduced itself with a catnip-fueled nightmare of a trailer. Then, it followed that bad decision with an equally unsettling second trailer. And who could forget the in-your-face collaboration between Swift and Webber, “Beautiful Ghosts”? Of course, it doesn’t help that the original script is, well, deeply bizarre. Plus, seeing Jason Derulo as a full size-cat cloaked in digital fur, even sans his junk, left movie-going audiences deeply uncomforted.

The future of Cats got worse once it was released. Critics tore the movie apart with an onslaught of negative critical reviews, calling it “declawed”, “a triumphant disaster”, and “a future punchline”. What gives? Apparently most of the film critics had never seen the original musical before. While it seems logical to cite their lack of familiarity with the original Broadway run as making the movie go above their heads, it’s not, as even theater critics panned the show during its original hey-day. In his 1982 Broadway review of Cats, the New York Times theater critic Frank Rich famously wrote, “If you blink, you’ll miss the plot.”

Cats was a big spectacle in the making — one so big, in fact, that its budget hummed along to the tune of $100 million. How could someone use that much money and still fail to create a final product worth raving about? More importantly, how could someone use that much money and allegedly miss their deadline like Hooper did? The director claimed he was rushing to finish the movie in the 36 hours leading up to its premiere. That explains why Universal is sending a new version of Cats with updated visual effects to movie theaters despite the original version of the movie having already been seen by audiences.