Carly Rae Jepsen on the Art That Defined Her Decade

Pop star reflects on 10 years of songs, collaborations, and memories 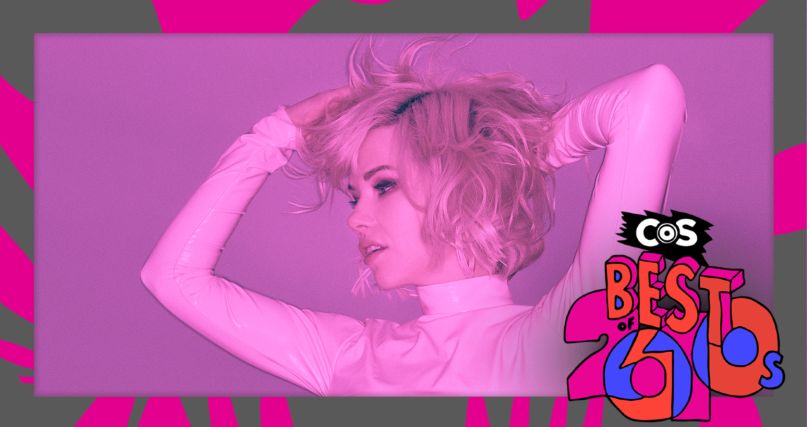 Carly Rae Jepsen, photo by Markus & Koala
view all
Next

Carly Rae Jepsen is about to climb the Sydney Harbour Bridge. “You got me with the ‘once in a lifetime opportunity’ thing,” she laughs, after I endorse the off-day team activity. “I’m really bad at skipping out on those.” That’s how the Canadian pop star spends a day off: suspended over 400 feet in the air. I didn’t hear a hint of anxiety through the phone that day, a bold eagerness powered every impassioned what-if. Getting perspective at such a high peak in a foreign country is one way to cap off an impressive year like this one—the breeze and sun meeting on your skin like the leads of a rom-com, the decade of love story culminating in that one brave moment.

Could you imagine a more perfect place to reflect?

Then again, that kind of thrill-seeking shouldn’t be a surprise from an artist who regularly lays it all on the line. On 2012’s Kiss, curiosity powered her foray into the decade, pushing Jepsen into a sort of viral voodoo with the inescapable proto-meme “Call Me Maybe” and the risky love of “Wrong Feels So Right”. Three years later, she continued chasing passion at all costs with the reckless romance of E•MO•TION; she was ready to have you “Run Away With Me”, to tell you that “I Really Really Like You”. She had the courage to admit her feelings whilst also questioning yours. Over hundreds of performances across five continents this decade, in the midst of those grand hooks and arena-uniting pop, listening to Carly Rae Jepsen is like having her whisper straight to your heart.

As with all love, there are moments of clarity amidst heartbreak, the aftermath offering a rare opportunity for self-discovery. The pain and loss fashion into a barometer for rebuilding who you are without that love—even if it’s only stuck together with bobby pins and Post-Its. And after nine years of music powered by climbing that damn mountain, 2019’s Dedicated finds Jepsen reaffirming her self and navigating life in the wake of a lost love. There’s pain, sure, but there’s also a new clarity, new love, growth, power. The record is a beautiful meditation on life lived well, a full and intimate distillation of how pop music can capture so many facets of human connection; Jepsen invites you to use your story as an engine, not an anchor.

There isn’t a better person to celebrate the past 10 years and look forward to the heights of the next decade. Jepsen spoke with Consequence of Sound about embracing oneself and the art that defined her last 10 years.

On Staying Connected to Yourself Through Massive Change

There’s definitely a deep-rooted connection of who I am as a musician that connects to the first time I ever picked up a guitar to write music. I would also be lying to say that I don’t see the great evolution of how I looked at art and music as these 10 years have passed. A big part of that has been just the general change in the world’s perception of what a pop artist needs to be, what they need to look like or how they need to dance, or even what kind of genres or areas of music we play into. That’s been a really positive shift. All the rules have been thrown out and now we can paint without it being paint-by-numbers. We can go our own direction, and there’s room for it all.

There’s this Australian artist named Tones and I, who I love, and who I finally got to meet face to face. I actually presented her with an award; she won four awards last night. That’s a unique artist. She made a speech about just exactly that, about how she used to not know how she fit into the world or if she would find people who connected to the music that she made. And it’s a wonderful, confidence-boosting thing to know that if you write from a sincere place, you’re going to find your people and your community. That’s the most important thing you need to be doing as an artist, rather than trying to figure out how to fit into some mold that might not be right for you.

From my own personal experience, the past 10 years have been about relearning the same lesson over and over again: to trust yourself, to be brave. You are the greatest authority on your own life, especially as an artist. Never let that voice go quiet, quieter than anyone else’s.

Dev Hynes is a huge part of my decade. We’ve collaborated together, but beyond that, I’m just a fan of his music. He’s really followed a different path, a very alternative route, but you can tell it’s all from the heart. He allows himself to experiment. And I think that’s made me as an artist also more playful and adventurous in some of the choices that I would make, instead of feeling like people expect one thing and that I’d have to keep doing it. He’s really opened my mind to thinking that there’s no point in being an artist if you’re not continually growing and stretching the bounds of what you think you can make.

When we write together, there’s a bit of magic there. It takes away the LA, Hollywood, corporate feelings that songwriting sessions can turn into. It’s not just, like, “What’s the title going to be? What’s the catch, what’s the purpose?” Instead, we’ll be in a downtown New York City apartment, and he’ll pull out like a little synth and I’ll grab a crap little microphone, and we’ll just feel the song. It comes back to the way that songwriting began for me. It’s nice to be reminded of that magic.

I love “Better Than Me”, which is a song that I got to be a part of. “You’re Not Good Enough” is something that I wasn’t a part of, but I think that’s one of the songs that attracted me to him. I also love his work with Solange on “Losing You”. That was maybe my introduction into even how I got into discovering Dev. My first question was, “Who produced this? Who was a part of making this and how can I be introduced?” That’s also one of the songs that, when I show it to a friend, I wouldn’t let them listen to the song without watching the video. It felt like it needed to be paired together.

Lykke Li’s “hard rain” was also up there for me. That was huge. And so was Tones and I’s “Dance Monkey”. It’s so good. But ask me another week, and I’m going to have another favorite.

On Her Own Song that Encapsulates Change

The highlight for me, probably because it has so many memories wrapped around it, a whole fucking romance and time of my life, was the E•MO•TION track “Run Away With Me”. At that time, I had gotten to meet some Swedish collaborators who are now longtime friends. It was just such a moment in time; we were traveling throughout Europe a lot at that time. That song wasn’t necessarily a big hit or anything like that. It was just a song that personally stands out to me as a really big part of my journey and a big sign of change.

In the past decade, traveling has given me such perspective. Around the time I was making E•MO•TION, especially, it was a big decision for me to take a deliberate break from rushing an album and instead to live some life experiences, to know what I was wanting to make and what I had thoughts and opinions about. So I moved to New York, which was big. Getting to be in the Broadway world popped my little bubble of LA for a bit, and I think that was a huge moment for me. In the months afterwards, I got to spend some time in Sweden and even spent some time in Italy on my own for a little journey. Those were all big factors towards why I started to write a little differently on Dedicated.

I visited a lot of art museums. When we were in Barcelona, we got to go to the Picasso museum, and I remember thinking it was quite a lesson to myself—just seeing the different stages in each of the rooms. You could see he was capable of making all the different kinds of art perfectly, but you’d see some rooms where he was starting a stage and it was like, “This is just shit. This is terrible.” But it was just him coming into his own and figuring it out. And that awkward phase is such a brave period for any artist to take home. I took that as a lesson to not be afraid to go to that crazy spot and share it, because it might just be one of the stepping stones to the next phase. And then you walk into the next room and you see that he’s figured out his niche. He needed to get a little crazy with it before he honed in. I don’t know if that’s how I was supposed to take the exhibition, but I left there with that lesson. It’s the growing pains. It’s just like puberty. You’ve got to go through it.

On Christine and the Queens and Making Memories Through Music

This decade was inspired by the relationships that I’ve been lucky enough to experience, and even the music that new people bring into your life. My ex, David, introduced me to Christine and the Queens, and I feel like that was a game-changing moment. Like, “Oh my god, who is this woman?” I remember the first time hearing “Tilted”, we were driving in Los Angeles and the sun was setting. It was just one of those frozen life moments where you know you’re gonna go back to it and revisit it with a smile.

I saw her at the Wiltern, and when I got to play there later on, I wanted to kiss the stage. She’s got some of that larger-than-life pop royalty blood in her. I love her strength and her French woman-ness, just everything about her. Precision is the key word. It’s theatrical in a way that I’ve always really loved a performance to be.

I think this next decade will be a time for art to thrive, for taking away all of the superficial aspects of what it means to be an artist, the things that the label used to think would “sell.” How you look or how you dance is going to slip away, leaving the true raw talent and milking it for its uniqueness and letting that shine. I can’t predict the future, but my hope is that people who feel like maybe they couldn’t have expressed themselves before can find confidence in the unique gifts that they have to offer, and they can feel a little bit more brave to let that shine.

You have to make space for dreaming. It’s been a huge hustle getting Dedicated out, and then of course all the energy that goes into touring it and celebrating it. That’s the fun part, but also the strenuous part. I don’t know what the next decade will hold personally, but I know myself and I know that that part of my head never stops working. I’m getting to that place now, looking at the chores that we have set up for the new year, and those creative juices are already starting to flow. I’m bringing in new blood, bringing the team together to dream out loud.