Plus, the K-pop icons win every grand prize category 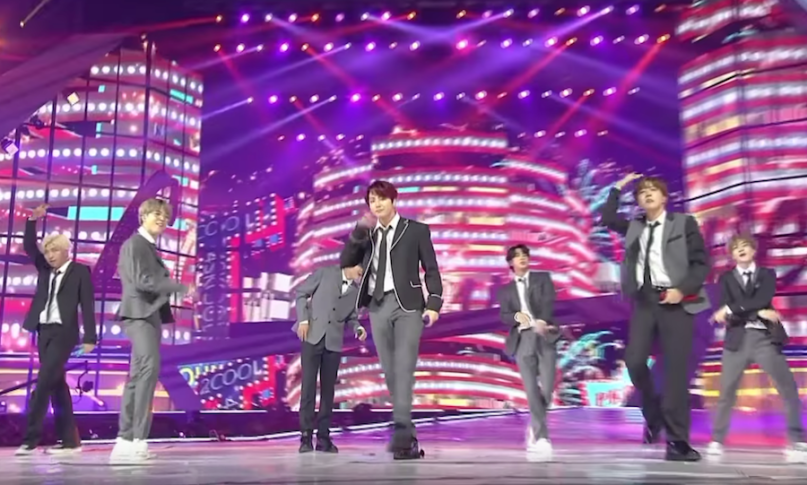 BTS love to do things up big, and they took that perfectionism to the awards show stage when performing at the 2019 Melon Music Awards. The K-pop group turned their set into a full-on concert, delighting fans in the crowd. No wonder they swept the grand prize categories there, too. Rewatch their whole set below.

BTS got a whopping 37 minutes to perform in total. Their set began with a pre-recorded visual of the group sleeping in an unmarked room. Then, after text dubbing their set as “Map of the Soul: The Show” appeared, member RM took the stage to rap “Intro: Persona” solo — from this year’s EP Persona — in a room full of desks. From there, the performance saw the group work their way through a series of choreographed songs, including “Boy in Luv”, “Boy with Luv”, “Dionysus”, and plenty of solo songs by other BTS members.

Before BTS launched into “Mikrokosmos”, RM gave an introductory voiceover. “In the beginning, I did not shine so bright,” he said. “I only knew my best to shine. But we found each other and our universe was born. Now let us shine on each other. We are no longer small. Just as the universe expands, our universe will last forever.”

As for the award-winning portion of the night, BTS demanded attention yet again. The K-pop group took home awards for all of the grand prize categories: Artist of the Year, Record of the Year, Album of the Year with Map of the Soul: Persona, and Song of the Year with their Halsey collaboration “Boy with Luv”. And just think; that doesn’t even include the other, smaller awards they won.

Clearly it was a big night for the band and a rewarding watch for diehard fans. Thankfully, BTS shared the full performance on their Youtube channel afterwards. Watch the replay below.