"What the hell is gender fluid? That’s a whole new term" 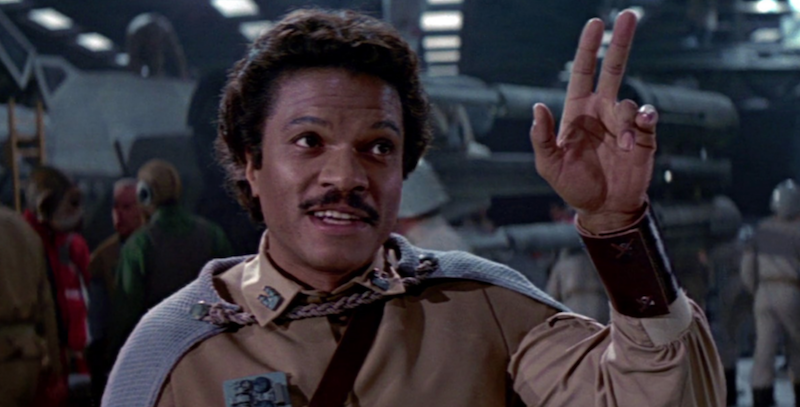 Last week, Billy Dee Williams told Esquire he sees himself “as feminine as well as masculine.” Everyone took this to mean the Star Wars star was identifying as gender fluid. It turns out that’s very much not the case, as the 82-year-old actor doesn’t even know the meaning of the term.

In a new interview with The Undefeated, Williams clarified that he was simply “talking about men getting in touch with the female side of themselves.” “Gender fluid” isn’t even something that was in his vocabulary. “Well, first of all, I asked last night. I said, ‘What the hell is gender fluid?’ That’s a whole new term,” Williams said.

“But what I was talking about was about men getting in touch with their softer side of themselves. There’s a phrase that was coined by Carl G. Jung, who was a psychiatrist, who was a contemporary of Sigmund Freud, and they had a splitting of the ways because they had different ideas about the… what do you call it? Consciousness. Unconscious. It’s collective unconsciousness. But he coined a phrase that’s, ‘Anima animus.’ And anima means that is the female counterpart of the male self, and the animus is the male counterpart of the female. So that’s what I was referring to.”

Further proving he had no idea what people all over the Internet were labeling him, he went on to conflate gender fluidity with sexual fluidity. “I wasn’t talking about sex, I wasn’t talking about being gay or straight,” said Williams. “People should read [Jung]. I mean, it would be an interesting education for a lot of people.”

No doubt a conversation with Solo: A Star Wars Story screenwriter Jonathan Kasden or fellow Lando Calrissian actor Donald Glover would prove equally enlightening for Williams. Both have suggested that Calrissian, the character first played by Williams in 1980’s The Empire Strikes Back, is pansexual. Said Glover on the character trait, “How can you not be pansexual in space?”