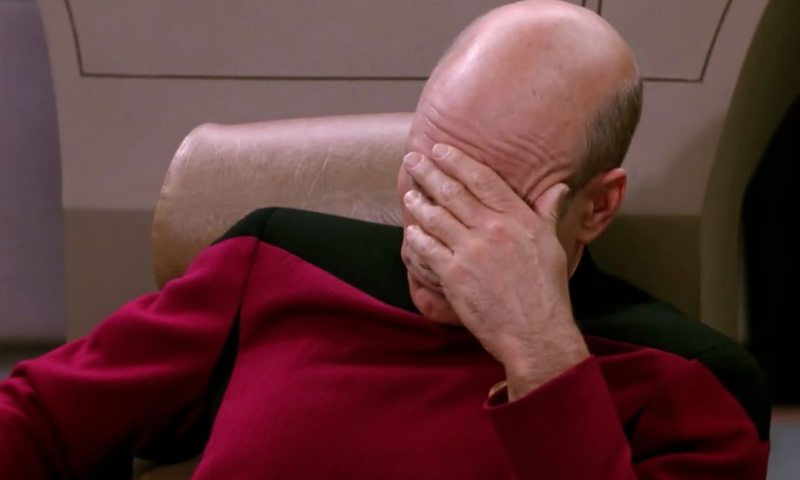 We strive to be objective as music journalists, so believe us when we say this: the Billboard list of the Top 50 Rock Songs of the Decade objectively blows.

For a chart that measured airplay, streams, and sales across the last ten years, Imagine Dragons claimed the top three spots. In a truly jaw-dropping act of categorization, alternative hip-hop duo Twenty One Pilots also landed a trio of slots in the Top 10.

Two of the remaining placements are claimed by bands with punctuation scattered throughout their names, Panic! at the Disco and Portugal. the Man. The rest belong to one-hit wonder Walk the Moon, as well as The Lumineers, whose stylings lean a bit closer to folk. Check out the list below.

Look beyond the Top 10, and you’ll find a couple of guitar veterans like Foo Fighters (#16 and #19), The Black Keys (#18), Muse (#30), Bush (#43), and Linkin Park (#48). However, you’ll also run into Lorde, fun., Hozier, and Bastille. As a website that has to wrestle with genre labels, we know that sometimes you end up forcing a square peg into a round hole, or an octo-peg into a zigzag. But Billboard seems awfully timid about labeling commercial pop acts as just that.

At the end of the day, many rock fans will find the list disappointing for other reasons. Imagine Dragons has eight (!) songs in the Top 50. Hit hunters like Fall Out Boy, X Ambassadors, and Panic! at the Disco also all make multiple appearances. Rock & Roll used to be the most dangerous music in the world, the kind of thing that sent parents into irrational tizzies. However, for the last decade, it appears the charts have been dominated by a strain of rock music that wouldn’t bother the most uptight middle school principal.

Thankfully, things aren’t entirely bleak as we approach a new decade. Heavy metal looks poised to have a major impact on the next ten years, as we recently learned it’s the fastest growing music genre across the globe. Foo Fighters are also expected to release a new album in 2020.

The top rock songs of the decade 🎸