"It is sad that Mr. Murphy would take this glorious moment of returning to SNL and make disparaging remarks against Mr. Cosby" 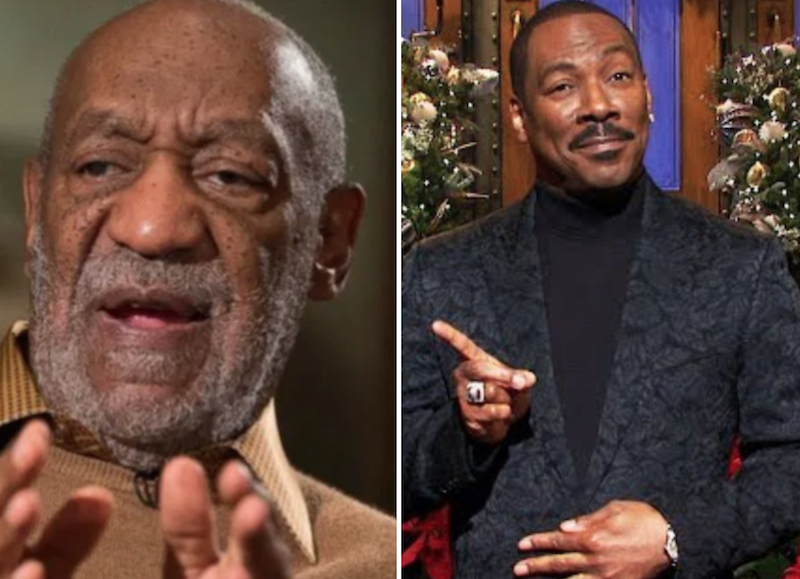 Saturday was a moment of Black Excellence over on NBC, with Eddie Murphy finally returning to the stage at Saturday Night Live after 30 years. But as much as the show was a celebration of black comedy, one disgraced entertainer was personally offended by Murphy’s return: Bill Cosby.

Murphy took a swipe at the convicted sexually violent predator during his opening monologue, saying, “If you told me 30 years ago that I’d be this boring stay-at-home house dad and Bill Cosby would be in jail, even I wouldn’t have took that bet.” He then bobbed his head and rolled his eyes as he mockingly lampooned, “Who is America’s Dad now?”

Cosby took issue with the crack. Through his publicist, Andrew Wyatt, the comedian released a statement that called the SNL host a capital “Hollywood Slave.” “It is sad that Mr. Murphy would take this glorious moment of returning to SNL and make disparaging remarks against Mr. Cosby,” wrote Wyatt on Instagram. “One would think that Mr. Murphy was given his freedom to leave the plantation, so that he could make his own decisions; but he decided to sell himself back to being a Hollywood Slave.”

(Read: Film Review: Dolemite Is My Name Captures Eddie Murphy at His Best Since the ’80s)

“Stepin Fetchit plus cooning equals the destruction of Black Men in Hollywood,” the post continued. “Remember, Mr. Murphy, that Bill Cosby became legendary because he used comedy to humanize all races, religions and genders; but your attacking Mr. Cosby helps you embark on just becoming click bait.”

Of course, Murphy and Cosby have never exactly been fans of each other. Back in his 1987 comedy special Raw, Murphy recounted an anecdote about Cosby calling him up — without ever having met him — to criticize him for having a dirty act. More recently, Murphy discussed Cosby during an episode of Jerry Seinfeld’s Comedians in Cars Getting Coffee. “He had a weird thing with me that he didn’t have with other comics,” said Murphy. “It was mean… He wasn’t nice. He wasn’t doing that with everybody, he was doing that with me specifically. He was shitty with me.”