The second single off their forthcoming debut LP, Honeymoon 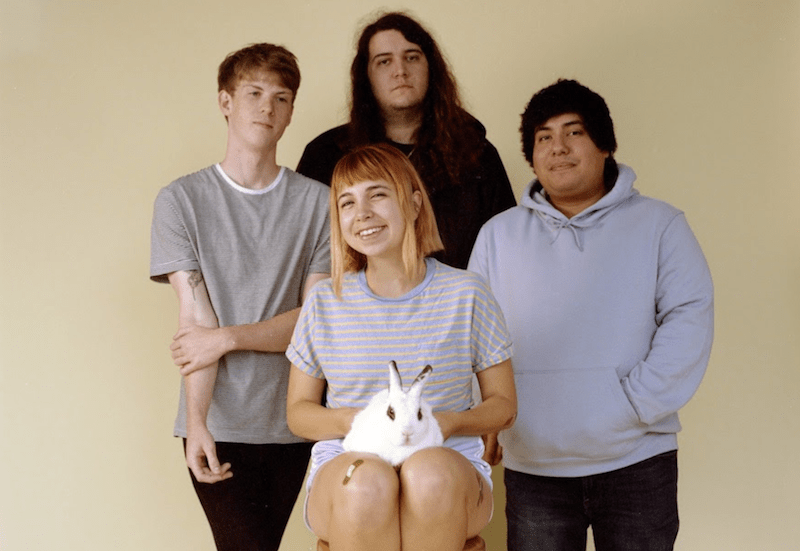 When Beach Bunny dropped “Dream Boy” back on Halloween, it instantly became one of our favorite songs of the year. So of course we’re looking forward to the Chicago band’s debut album, Honeymoon, out February 14th via Mom+Pop. Today, we’ve been gifted another catchy sample of the effort with the new single “Ms. California”.

Like the previous track, “Ms. California” centers on the pains of young romance. Whereas “Dream Boy” was more hopeful, however, this new single is all about the unappeasable jealousy that comes when you have feelings for someone who’s unattainable.

“‘Ms. California’ tells the story of someone who is secretly in love with a person who is in a relationship and wishes that they could be their significant other. I wanted to write a song that captured the frustrating and feelings of jealousy and bitterness – something many of us have experienced.”

The song comes accompanied by a terribly smart, simple video. Each member deals with a mundane inconvenience — forgetting your keys, an overstuffed trash can, a parking ticket — while Trifilio makes her way to the beach for an unseasonal dip. Watch the Matt Gehl-directed clip below.

Beach Bunny have a few more 2019 tour dates lined up before their big US trek launches next year. They’re also set to appear at Atlanta’s Shaky Knees Festival, and you can get tickets to all their upcoming shows here.