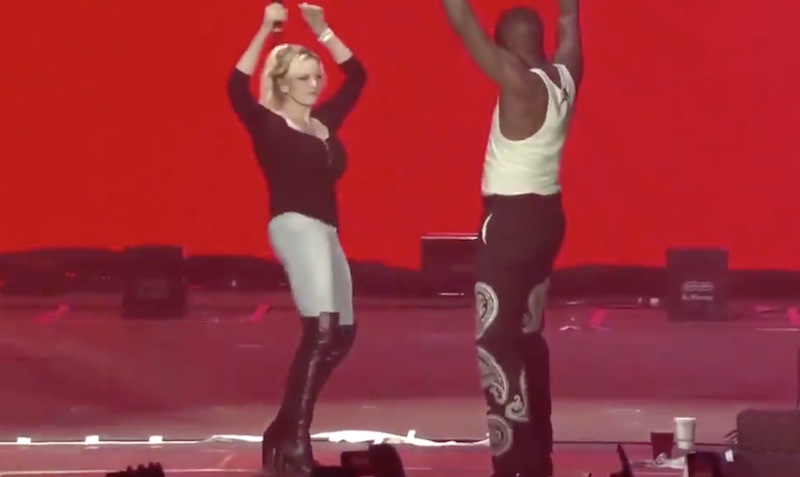 Daniels, of course, was infamously paid $130,000 by Trump’s felon of a former attorney, Michael Cohen, to keep her affair with the then-reality star a secret. On stage at Camp Flog Gnaw, she told the crowd, “My name is Stormy Fucking Daniels, and I am the reason that Donald Trump is fucked.” (We’re sure she was referring to the ongoing legal drama around the hush money, but would anyone really be surprised if she were on the Ukraine call, too?)

Feigning surprise, YG asked if she was the one who really slept with the POTUS. “I wouldn’t really call it fucking,” Daniels replied. “No, I just laid there.” That got a much more positive reaction from the Camp Flog Gnaw attendees than Drake’s surprise appearance did.

(Read: The Actresses That Society Still Treats Like Second-Class Citizens)

Daniels also showed off some impressive pectoral moves as “Fuck Donald Trump” kicked in, and you can watch the whole thing below.

YG has a handful of European dates coming up ahead of his set at Rolling Loud Los Angeles in December. See who else he brings to the stage by getting tickets here.