Of course, Tom Hanks and Mister Rogers are actually related

Public records show that Hanks and Rogers are sixth cousins 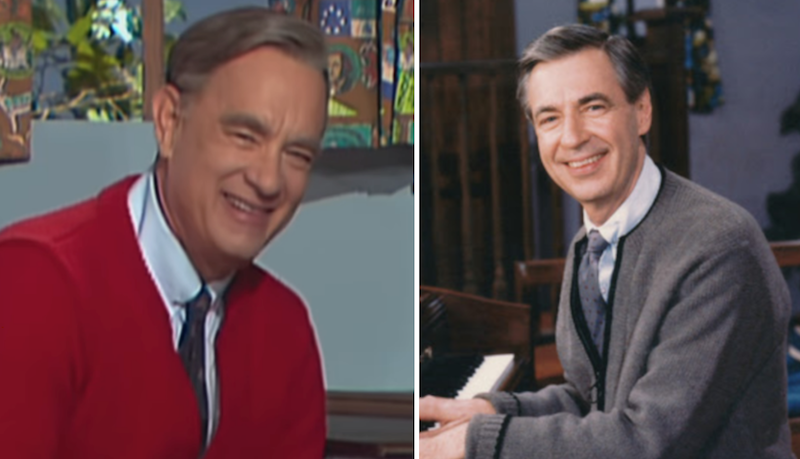 Tom Hanks always seemed like the perfect fit to play Mister Rogers in A Beautiful Day in the Neighborhood, and now it seems like it was truly predestined. It turns out the two beloved personalities are actually related.

At a screening of the biopic in New York on Sunday, Access Hollywood surprised the actor and his wife, Rita Wilson, by revealing Hanks and Fred Rogers are sixth cousins. The findings come from Ancestry.com, which through its database of 20 billion public records was able to trace the actor’s family tree and connect it to that of the children’s show host.

Wilson was purely shocked, stating, “No, impossible. No, you’re pulling our leg.”

Hanks, on the other hand, kept his trademark cool, casually remarking, “It all just comes together, you see.”

In a press release, the Ancestory’s Director of Research Jennifer Utley commented on the discovery, stating, “It’s no surprise they are related as the similarities between the two are uncanny. Even if we don’t know it, our pasts impact our present. You never know what you’ll find on your journey of personal discovery.”

There must be a family gene for making classic kid’s entertainment, as Hanks is still playing the famous “Woody” character, most recently in Toy Story 4. You can still catch him portraying his distant cousin in A Beautiful Day in the Neighborhood, which is in theaters out now.