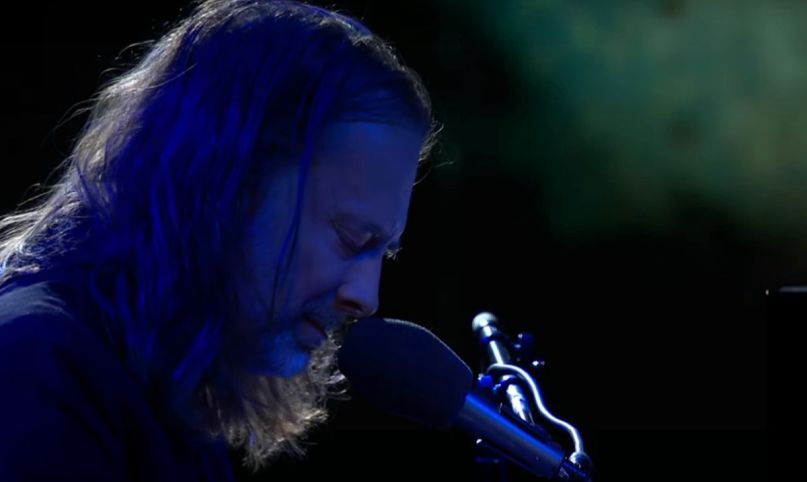 In recent months, Thom Yorke has been making his away across the late-night TV circuit with appearances on Colbert and Jimmy Kimmel Live in promotion of latest solo album, ANIMA. On Thursday night, the Radiohead frontman was back on Colbert, but this time he was there to perform a non-album track.

Yorke situated himself at the piano and sang a solo version of “Daily Battles”, his original contribution to Edward Norton’s new film Motherless Brooklyn. Replay the performance below.

Earlier this month, Yorke announced a new leg of 2020 tour dates in further support of ANIMA. Get tickets to those upcoming shows here.

Speaking of Motherless Brooklyn, Norton dicussed the film, its soundtrack, and his relationship with Yorke on the latest episode of Kyle Meredith With… Take a listen below.