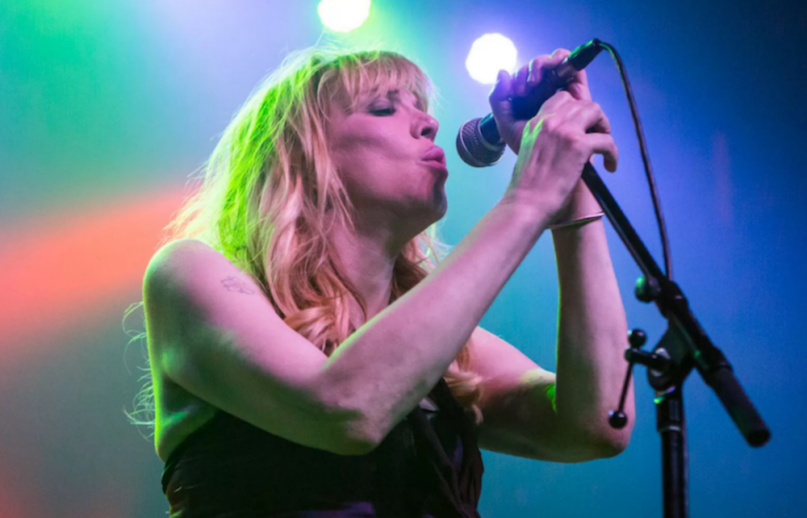 Stranger Things star Finn Wolfhard features in The Turning, a new supernatural horror film based on Henry James’ 1898 novella The Turn of the Screw. Today, the movie’s corresponding soundtrack has been detailed and it boasts an array of prominent rock and indie rock acts.

Courtney Love, Mitski, and Kim Gordon appear on the OST, as do Kali Uchis, Warpaint, Alice Glass, and Empress Of. Additionally, there are songs from Soccer Mommy, Vagabon, Sunflower Bean, Cherry Glazerr, and Alison Mosshart of The Kills and The Dead Weather.

The 19-track collection was produced by Lawrence and Yves Rothman, with Lawrence himself contributing a handful of cuts.

To tease the soundtrack, Love’s offering has been revealed. It’s dubbed “Mother” and sees the Hole frontwoman performing a bit of rock balladry. Stream it below.

In a statement, Love talked about her connection to the movie,

“I read The Turn of the Screw as a kid, so it’s a genuine privilege to have had the opportunity to work with the genius that is Floria Sigismondi and Lawrence Rothman on this soundtrack—especially as I’m alongside so many other fantastic female artists I respect. I’ve long admired her work, particularly The Runaways and the Marilyn Manson videos. Floria and Lawrence had a clear vision on what they wanted to achieve and it was an honor to be invited into their studio and to become a part of it.”